By Newsroom on September 1, 2017Comments Off on Facebook launches Watch video service in the US 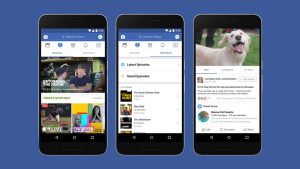 Facebook launched its Watch video service in the United States on August 31 as it vies with YouTube for video advertising revenue.

Watch, which began testing earlier this month, allows users to find TV shows based on what their friends are watching, and have conversations with other people watching the show during an episode.

The service will include content from Vox, Buzzfeed, Discovery Communications, A&E Networks, and Walt Disney’s ABC, as well as live sports such as Major League Baseball.

The social media giant will also initially pay content creators for shows to drive interest. Shorter-form shows will be paid between $10,000 to $35,000, while longer shows could make up to $250,000, sources told Reuters in May.

Facebook will eventually open the platform to everyone to submit shows.

Content partners will earn 55 percent of ad revenue, while Facebook will take the remainder. The company is now testing how ads will work within the shows, according to Dan Rose, vice president of partnerships at Facebook.

The company does not, however, plan on making content buying a part of its core strategy, Rose said. “We are not focused on acquiring exclusive rights,” he said. “The idea is to seed this with good content.”

Facebook Watch arrives as advertisers are increasingly turning from television to online due to the increase of content consumption on smartphones and tablets. 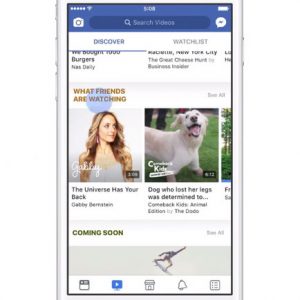 Facebook is looking to keep growing revenue from all its platforms. In July, it rolled out new tools for businesses on Messenger in an effort to ramp up monetisation efforts.

It also added the Stories feature to Instagram last year, one of several moves to compete directly with Snapchat.

The company also said it will “build a business ecosystem” on WhatsApp, which is “still early on the monetisation side”, according to CEO Mark Zuckerberg.

“I want to see us move a little faster here, but I’m confident that we’re going to get this right over the long term,” Zuckerberg said during Facebook’s Q2 earnings conference call. “The biggest strategic thing that we really need to do in messaging right now is make it so that people organically interact with businesses, and that that is a good interaction both for people and for the businesses.”

Zuckerberg also admitted during the call that video would continue to be “a big focus and area of investment” for the company.

Facebook also reported 1.32 billion daily active users on average for June 2017, an increase of 17 percent year over year. Monthly active users were 2.01 billion as of June 30, 2017, also a 17 percent increase.

Twitter has also turned to video as a way of increasing revenue, last year announcing partnerships with Bloomberg and Cheddar to stream TV shows. It also won the rights to stream Thursday night NFL games for free around the world, without requiring viewers to sign in.

Facebook launches Watch video service in the US added by Newsroom on September 1, 2017
View all posts by Newsroom →