By Newsroom on November 16, 2018Comments Off on European Publishers predict revenue from video, mobile and native ad formats to grow by 26% in 2019 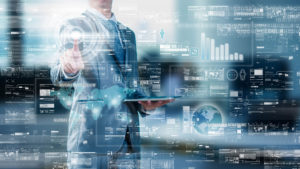 Research released by Oath, in association with IAB Europe, has revealed that European publishers believe revenue generated by video, native and mobile formats will grow by more than a quarter (26%) over the next 12 months. Over 60% said these formats are paramount to the success of their business.

The study entitled ‘Understanding Programmatic Challenges for Publishers’ was commissioned by Oath in order to gain insights on the biggest opportunities and challenges that the publishing industry faces in programmatic advertising and technologies. Industry professionals from across the IAB Europe and national IAB networks in Europe, responded to the survey which revealed that publishers are looking for partners to simplify their offerings, develop new ad solutions focusing on multi-user living room experiences through audio and in-stream video technologies.

Previous research carried out by IAB Europe found that €12 billion was spent by advertisers through programmatic display across Europe last year, with a third of this spend on video and 57% spent on mobile (including native formats), so it’s no surprise then that video, mobile and native ad formats are top of mind for European publishers.

Other key findings from the study include:

The competitive edge of programmatic trading

Giving value to every impression

Obstacles for audience growth and maximising value of inventory

Henk Van Niekerk, Head of EMEA Supply Platforms said: “Programmatic trading continues to offer clear opportunities and growth for publishers across Europe, but many challenges still remain. Maximising revenue is still top of mind for most publishers even as GDPR and managing consent drops down their list of concerns. As a publisher ourselves, Oath understands many of these challenges and we strive to develop our Oath Ad Platforms solutions for publishers based on our own experience and learnings through partner research like this with IAB Europe.”

European Publishers predict revenue from video, mobile and native ad formats to grow by 26% in 2019 added by Newsroom on November 16, 2018
View all posts by Newsroom →