By Newsroom on November 24, 2016Comments Off on European online ad spend up 13% as mobile drives growth 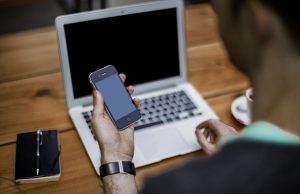 Online advertising spend grew 13.4% to €18.6bn for the first half of 2016, with mobile display and mobile search the key drivers, according to new research.

The AdEx Benchmark H1 2016 study, from IAB Europe, in collaboration with IHS Markit, indicates that the €18.6bn spent on online advertising is up from from €16.4bn in H1 2015 and is expected to continue double-digit growth for the full year of 2016.

The AdEx Benchmark H1 2016 study reveals that mobile was central to the growth of online advertising across all formats; mobile display grew by 61.3% and mobile search by 57.3%.

Display advertising growth continues to outpace paid-for-search; display grew by 18.2% and search by 13.3%. Display reached nearly €7bn in H1 2016 representing 37% of total online advertising whilst search accounts for 47%. Indeed, in Central and Eastern Europe display experienced a 27.1% growth, the highest of all formats, suggesting an improvement in targeting, formats and data strategies for brand advertising.

The recent IAB Europe Attitudes to Digital Video Advertising research shows that nearly all stakeholders are now deploying some form of digital video advertising strategy, with over 90% of advertisers, media agencies and publishers claiming that they are using the channel. It is no surprise then that video advertising experienced a growth rate of 46% reaching €1.6bn.

Townsend Feehan, CEO of IAB Europe said, “The H1 2016 AdEx Benchmark study reveals that marketers are realising the potential of mobile as an important channel for brand advertising and demonstrates improvements in technology and formats.”

Eleni Marouli, Principal Analyst of IHS Markit said, “Strong economic growth in all the European Big 5 for the first time since 2010, underpinned the surge in online advertising in H1 2016, lifting all formats up from H1 2015. Mobile was the key driver of growth in both search and display, accounting for one in three euros spent in Europe. IHS expects mobile to continue to play a primary role in European online advertising and to maintain growth at a double-digit level for FY 2016.”

Anne Goodman, Vice-Chair of the IAB Europe Board and SVP Sales Enablement, Ad Technology & Operations BBC Advertising, division of BBC Worldwide said, “Online video is key to the growth of online advertising as brand advertisers look to build brand awareness and publishers to provide engaging content for their users. Video will continue to expand its share of online display advertising as inventory supply increases.”

Martin Stockfleth Larson, Chief Marketing Officer of Adform said, “The trend in Europe is completely in line with what we see globally. Brand advertising spend is moving online at a rapid pace, as a consequence of the modern consumer’s media behaviour towards mobile and connected devices. The growth in mobile, video and native will continue, as the advertiser will become smarter around data and automation.”

Joy Dean, Partnerships Director, UK & Western Europe of Widespace said, “Consumers are spending much longer consuming content online via mobile, creating an even greater opportunity to connect, one-to-one, on these devices than ever before. Alongside this, the increased abundance of premium, rich media ad formats – in particular video formats that go beyond pre-roll, such as out-stream – are pushing the shift and attracting brand ad spend that’s usually spent on more traditional channels, such as TV. We are excited to see how the market is beginning to think differently about mobile and mobile video as a branding tool.”

European online ad spend up 13% as mobile drives growth added by Newsroom on November 24, 2016
View all posts by Newsroom →