By Newsroom on November 2, 2018Comments Off on Desktop trumps mobile when consumers make big purchases on eCommerce platforms 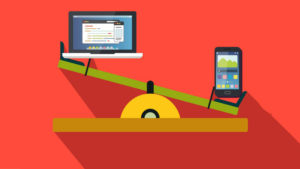 While mobile applications’ immense growth in traffic and purchase volume has eclipsed that of desktops in the eCommerce space in the Asia Pacific, the latter remains relevant in the region, especially for larger transactions.

A large part of desktops’ relevancy can be traced to innovations like browser extensions because it adds convenience to users’ shopping journey. Consumers also generally perceived desktops to be safer, therefore turn to their desktops when making large purchases.

This is according to a new study released by Singapore-based eCommerce platform ShopBack, which commissioned the study after it found 60% of its consumers ‘practise’ omnichannel shopping on its mobile and online platforms. The company defined this as beginning their browsing journey on mobile and finally transacting on desktop, as they ‘feel safer’ to pay on desktop.

The platform suggests this could be due to a manifestation of the prevalent perception gap in terms of cybersecurity among users and that desktops’ larger screen size allows for more information and content to be displayed in a multitude of ways, as a typical desktop can provide at least three times more information compared to a smartphone.

This means consumers turn to desktop when they require more information for in-depth research and product comparison when making purchasing decisions for products such as general and personal insurance or travel bookings. 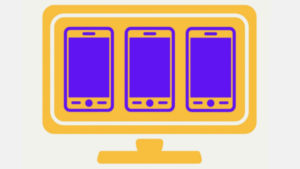 “With the eCommerce space revving up for the year-end shopping season, it is now opportune for marketers to strategise where they should concentrate their firepower to maximise their returns on marketing,” said Candice Ong, chief commercial officer at ShopBack. “As the organiser of ShopFest for over 1,500 e-retailers in seven countries, we at ShopBack want to facilitate a better understanding of the landscape so that industry players can market more effectively based on the latest findings we gleaned from our proprietary database that covers a wide spectrum of lifestyle categories marketed online.”

“While the rise of mobile is undeniable, we found that desktop still preserves its relevancy in the eCommerce space – especially in countries where internet is served first on desktops before mobile. We feel that it’s important for us to share this finding with other marketers so that all platforms are properly optimised,” concluded Candice.

The company has released the full findings from its research here.