By Newsroom on July 7, 2017Comments Off on Blis’ Harry Dewhirst on what agencies and brands need to do to maximise their mobile strategy 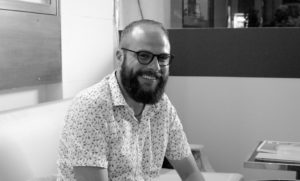 Location intelligence company, Blis has been on a roll over the last year, with some innovative projects and movements in the digital marketing space.

During the Cannes Lions Festival, we sat down with their President, Harry Dewhirst, who told us about what Blis have been up to this past year and where they plan to go in the near future…

Q) Could you give us a brief introduction to Blis?

A) Founded by Greg Isbister, Blis has been around for 11+ years now. It has always been focused on location and delivering advertising messages either based on where you are or where you have been. Of course over that time, the world has changed quite a lot, technology has changed dramatically. Originally the business was delivering content to phones that played snake and now it’s delivering phones that are super computers in your pocket.

The technologies that we have used to do that have evolved a lot over time. Originally it was Zigbee, Bluetooth and WiFi, and now it’s through beacons, apps and so on. So, the scale of what we’ve done has evolved dramatically from what would be a few hundred people an hour, to now 40,000 people a second, in terms of where we capture data from. We have now profiled 1.2 billion people around the world in terms of their location history, and we are ingesting data from a multitude of sources. So we have built a platform that can take in this location intelligence, contextualise what it means, and then apply it for brands.

What has evolved more recently is that we are now visualizing that data and actually we find that there is an interest and appetite outside of advertising world. So, if you can understand where someone has been, where they go and where they go next, that’s very valuable for retail planning, for town planning, even for hedge funds for a looking to understand whether McDonald’s is doing better than Burger King. This information is becoming more and more valuable and we are at the epicentre of it.

Based in London, headquartered in London, we have opened a lot of offices. I invested in the company 7 years ago, I was running my own business, a company called Amobee, which I sold to Singtel. So I invested into Blis, joined the board and then three years ago I joined as an executive. Since then we’ve gone from two offices to now 17 offices, the most recent being New York, which is where I’m now based, and that’s all doing well.

So, lots of expansion with certainly the new entrance in the US, but there is no doubt that we are the leader outside the US and we are getting the right traction over there. Busy, Busy!

Q) We spoke to Greg (Isbister) last year and he told us the focus for Blis going forward was in fields such as Artificial Intelligence (AI), Geo-targeting and Location Based. A year on… what are the future plans for Blis in the coming years?

A) The multitude of data sources has been an important part of this year’s strategy, just being reliant on single sources of data such as app-data is no longer good enough. You need to have an agnostic view for the data that you perceive, so that’s why for example Unicast and beacon networks have been really important. We have also done partnerships with ISPs, WiFi providers, Telcos, so now we’ve got a very rich set of data. 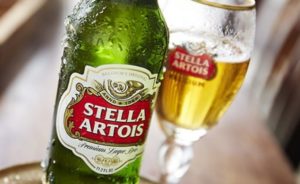 Not all data is created equal, so actually being able to benchmark in real time using machine learning and AI to understand this vs that – a comparison – and once you have got that barometer then this self-learning kicks in. Now that means that our data hygiene has really increased, and we are now in having a very high data cleanliness. You touched on the Stella Artois piece and that was only enabled through AI, so if we can start to understand the habits of a device where it goes at the time, then we can really predict as to the likelihood on them going to a place again.

That project was driving people into pubs to drink Stella, which is harder than you will think. That has definitely a key theme. Another key developments since last year is that we have really gone big on, again around that theme of being agnostic, is that we have got many many ways to trade, so whether it is taking our data and injecting it into your own DSP, whether it is using our platform Self-serve, which is also a new initiative since the last year, now we have trading desks logging into the platform and doing it all themselves. That’s another key development in the last year.

A) AI is a bit of a buzzword, there is a lot of people using it and not necessarily doing it, it is a broad term and there is a lot that falls under it. Of course, as soon as it becomes hot everyone flocks towards it, it is something that has been in our DNA for a while so we do actually do it and do it more than just trivially. 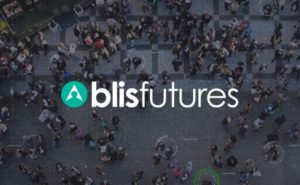 I think the interesting thing I observed is that inventory now… there is such a huge quantity of it. There is more than anyone will ever need and therefore the intelligence you wrap around that inventory, be it video display or whatever, is now what makes something valuable and this is the challenge that publishers are going to face because it is all well and good but if you are CNN or Wall Street Journal and you have got great content, great audience, great reach but no more can you just buy Wall Street Journal homepage, you have to understand that person intimately and location data is, I think when you get that connection between context, digital context and real life context then that is the sweet spot. And now we are in that zone.

Until the last 18-24 months that was not possible to the extent it is now and location where people are going in the real world is, in our opinion, the best proxy to understand who that person is. Just because you look at a Ferrari website, does not mean that you are in the market to buy a Ferrari. If we see you at a marina, a private airfield and at golf courses you probably do have the means to buy a Ferrari. So there is a lot of false flags that can come out from purely looking at digital data, you need to take that real world data and overlay that on top.

Q) One of the interesting discussion we have had in Cannes this year, is that Chatbots are a gross misrepresentation of AI. What are your thoughts on that? 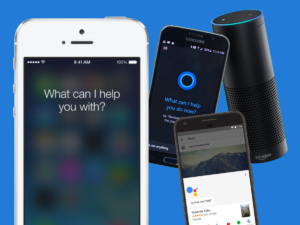 A) Everyone does a lot of anticipation for a good chatbot, I am yet to find one, but there are certain applications for it. If you look at now Alexa and Google Home and things like that, the world is going to be an exciting place in the next few years. I now turn my light on and off talking to Siri in my apartment and that is kind of novel but I think actually it will become just… why would you have a light switch if you can just say something.

I think that trend is exciting, I am fortunately young so I might get to see quite a lot of stuff in my next years! I think the power of the things in your pocket it’s going to be the epicentre of it. I am sure the form factor of a phone is going to change dramatically again, look at where it has gone in 10 years… another 10… the pace of change is ever growing, so who knows where it is going to be. But it is certainly a fun time to be in the space!

Q) The MMA and WARC recently released a report, which said that marketers in EMEA are budgeting for mobile, but the strategy and measurement are lacking. What are your thought on this? 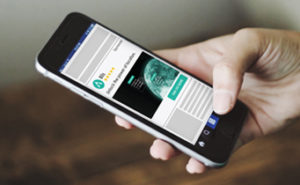 Now of course that does not really capture the essence of what you can do with these devices, so knowing where the device is if you are trying to drive people into shops and things like that, if you are not leveraging the benefits of it then you are not really doing it properly. It is a bit mad to think that, you know you have got all these mobile specialists in every single agency and they still have planners who just do not quite get it!

But these platforms do play a part in promoting mobile as a topic, and therefore you can not be too upset about it, but there is definitely some further work to be done. I think people using creative and companies like Celtra and Bonzai… they really start to leverage the benefits that you have with mobile that are beyond the other computer, i.e. knowing where someone is.

Q) What do you think needs to be done to drive a change?

A) I think it is an organic thing, I do not think there is one thing. There is a lot of companies, including us investing in, we have something like a ‘Blis University’, where we host these breakfast sessions and we give training on different topics to agencies across the world and they go down very well. Google invests a huge amount in their education program, so does Facebook.

So there is a lot of people doing the right thing and I think it is just a matter of time, it is not that anyone is doing anything wrong it just takes a bit of time. It is an evolutional thing.

Q) What are the key trends that you are most excited about? 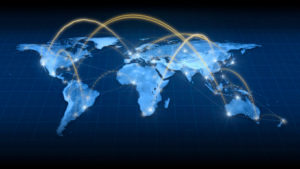 A) For us the big focus has obviously been expanding into new markets, South East Asia has become a really big part of our business. I lived in Singapore for five years so I know that market very well. We opened just four offices in the last four months so we now have presence in Jakarta, Manila, Bangkok and Kuala Lumpur, as well as, Singapore and Hong Kong that we have had for a while. Capturing, whilst growth in EMEA in mobile in slowing, we still continuing to outpace growth, we are doing well across our markets in London, Germany, France and the Middle East… But the growth in South East Asia is still huge and therefore it is an amazing opportunity for us.

We have also, last year launched in Latin America we now have business in Brazil, Mexico and Uruguay. When I moved to Singapore six years ago I got this kind of energy when you come to a place and you are in that sweet spot. I have been down to LATAM quite a lot in the last six months and that turning point of change, gives me the same feeling I had when I was in Singapore six years ago now in Brazil or Mexico. So that is definitely an exciting evolution.

You can listen to the FULL interview with Harry below:

Blis’ Harry Dewhirst on what agencies and brands need to do to maximise their mobile strategy added by Newsroom on July 7, 2017
View all posts by Newsroom →