Alibaba set to make $24 billion from mobile adverts by 2019, according to new report

By Newsroom on March 10, 2017Comments Off on Alibaba set to make $24 billion from mobile adverts by 2019, according to new report 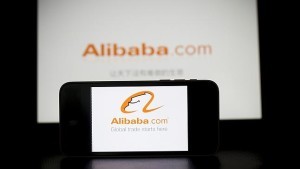 E-commerce site Alibaba took 40.3 percent of all money brands spent on mobile advertising in China in 2016, equivalent to $11 billion, according to new figures.

Alibaba is predicted to continue to take 40 percent of Chinese mobile ad revenues by 2019, which would be about $24.1 billion.

“Alibaba’s ad revenues show no signs of slowing down as user engagement on the Taobao app increases and the company continues to deliver highly relevant ads to consumers,” said eMarketer Forecasting Analyst Cindy Liu in an online report.

Liu attributed Alibaba’s mobile ad revenue to the popularity of its Taobao app and its ability to show relevant advertising to shoppers. However, Taobao was blacklisted by the U.S. in December 2016 for the prevalence of counterfeit goods on the site.

Alibaba claimed to have 493 million mobile monthly active users across its Chinese retail sites in December 2016, up 43 million on September 2016 figures. The company reported third-quarter 2016 revenue of 53.2 billion yuan ($7.76 billion) in January 2017.

Chinese brands are set to continue their march to mobile advertising, with almost 82 percent of all digital ad spend to go on smartphones by 2021.

Alibaba set to make $24 billion from mobile adverts by 2019, according to new report added by Newsroom on March 10, 2017
View all posts by Newsroom →