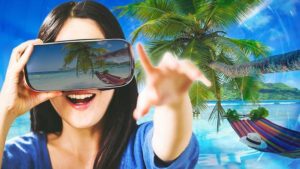 The platform will be available at some of the world’s largest SSPs (supply-side platform) and allows global agencies, brands and DSPs (demand-side platform) immediate access to a new type of ad space within augmented and virtual realities.

Adverty commercially launched in late 2017 and has already worked with The Coca-Cola Company and recently added several major advertisers to the platform such as Rovio Entertainment, the company behind Angry Birds.

It is now looking to set the standards for how to deliver programmatic 3D interactive brand experiences in extended realities, having started with native 2D ad surfaces in AR and VR using IAB standards for programmatic display. Ads will be targeted by hardware, platform, age-rating, location, context and content types, directly into a non-intrusive, natively placed, immersive or augmented experience.

Adverty’s new programmatic platform will also help agencies and brands solve the issue of viewability through its capacity to identify, with absolute certainty, whether a user has seen an ad or not.

Ville Heijari, CMO Games, Rovio Entertainment explains: “What Adverty are doing is a groundbreaking advertising concept. They’re not only seamlessly integrating advertising into VR and AR, they’re producing a product that’s only charging the advertiser when ads have been fully perceived by the consumer. This transparency delivers the ultimate ROI and is an industry first”.