By Newsroom on May 10, 2018Comments Off on Tappx’s Ignasi Prat discusses the mobile ad format conundrum 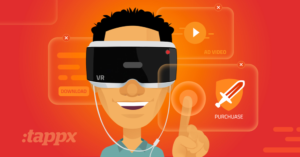 Knowing where to invest your online advertising budget is, in some ways, no easier than ever , despite the amount of data and tools marketers now have at their disposal. One of the reasons it is so complicated is the vast number of formats available and the speed at which new ones are emerging. This is driven in part by innovation in the industry, but moreover by the sheer speed of evolution in the technology world in terms of devices, software and how we use them both.

It’s no secret that the present and future success of brands is to leverage messaging across our vast mobile ecosystems of smart devices, and in particular, to utilise programmatic technology to communicate with users. Brands are constantly looking for new ways to excite and engage audiences. It’s not only about understanding the channels available, but also how to mix them together for maximum effect.

We’re constantly looking for new formats that offer deeper engagement and improved revenue streams, whilst being hyper-targeted for consumer interests. Smart devices are tightly woven into the fabric of our everyday lives. They are a function for our lifestyles, hence of great importance in terms of the design, format, relevance and placement of ads served across our multitude of mobile screens. Out of all of these areas, the mobile ad format is going through a transformational period, with innovative developments right on the horizon.

The undisputed kings of the digital ad world

The present day king of the mobile ad format is the video ad. Video ad formats are hugely powerful on many levels, but primarily because they are engaging, or at least should be, and help to communicate large amounts of information in a very short space of time. In the US alone, digital video expenditure is expected to increase at double digit annual rates until 2021, reaching a staggering $22 billion USD (Source eMarketer 2018).

Special mention must also be given to the rewarded video ad, which is also a successful format. Based on our extensive work in the mobile gaming world, rewarded video ads are highly requested from our ad partners. Rewarded ads deliver a clear value exchange: when users view an in-game video ad, they are the rewarded with in-game assets, such as weapons, new lives and in-game currency, or new game level access.

Keep an ear open for audio 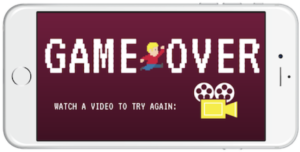 On the surface it might seem crazy that with all the amazing visual experiences we crave online, we seem in one respect to be taking a step backwards.  Audio ads are back on the table and growing fast! There’s no doubt that voice technology is changing the way consumers engage with brands, and how the brands present themselves to consumers.  This increasing interest in audio formats is correlated to the large adoption by consumers of music streaming services and smart devices.

These audio ads, that can be served programmatically, open new ways for segmenting audiences, like emotional segmentations presupposed on a state of mind when listening to certain genres of music. But there’s also a wider horizon for audio ads. In the future, they will increase their protagonism at the same time as the adoption of audio smart voice assistants such as Siri, Alexa, and Cortana continues to grow.

Getting back to the visual formats we have 360 interactive ads. This format enables users to view products from multiple angles, including the rotation or flipping of an image, so users can gain different perspectives of products.  This level of interaction has been proven on countless occasions to directly benefit the bottom line and push sales over line. Research from IPG Media Lab reported that video ads offering 360 degree functionality drive 7% higher purchase intent on smart devices, and a 12% increase in the belief that a brand has a “unique story to tell” when compared to video ads.

Augmented Reality and Virtual Reality (AR/VR) offer the most immersive user experiences, and that is fast coming to the advertising world. This year we will witness the real power behind AR/VR, in terms of the scope of technology, and embracement by audiences, empowering marketers to accompany their campaigns with increased interactivity, deeper immersion and hyper targeted personalisation.

A key component of delivering those AR/VR ad experiences on mobile devices is going to be the arrival of 5G. It will take ad experiences to a higher level, and consequently create new spaces and metrics for measuring effectiveness, engagement and performance, such as tracking with metrics like post-view conversions, viewability and audibility ratios, plus many more.

Playing with the ads

As gaming is a highly popular activity on smartphones, we shouldn’t forget about playable ads, and the near infinite forms which they can take. Playable ads offer users the chance to interact and engage with an app/game, before they have downloaded it. Try before you buy if you will. They offer attractive engagement and conversation rates for the companies that can create the right ads. The key benefits include high eCPMs, users can experience the game without the need to download, plus playable ads are relatively easy to update and optimise.

It’s a race to make a face

There is an incredible amount of choice in the mobile ad format space right now, with some tantalising glimpses of what the future holds – and by the future we mean months away, not years. What excites users in this industry is how technology is relentlessly merging and transforming across all aspects of human life, which opens up new channels and ways to communicate with audiences. The truth is that we have to be open to experimenting with these new formats as they emerge in order to find what really works for our programmatic ad mix. Just two years ago, who would have believed voice technology would be back in the mix and growing? Evolution can surprise, and so can the mix that works for each case. It’s a race to keep up with the technology, but it’s also a race to look at what you can embrace, to steal a charge on your competitors. 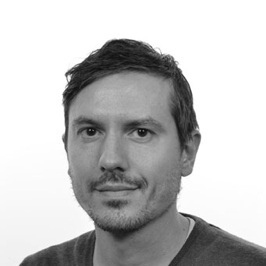 Ignasi joined Tappx in December 2016 as CMO. He is responsible for global marketing strategy. He is a seasoned digital marketer with a decade of experience. In addition to his CMO role at Tappx, Ignasi has a part-time role as an Associate Professor of Digital Marketing at Pompeu Fabra University, Barcelona.

Prior to Tappx, Ignasi has held senior roles such as Head of European Marketing at leading app monetisation firm Appodeal, and Innovation Manager at Grupo Planta, a leading Spanish communications group. Ignasi holds a degree in Philosophy from The University of Girona and two master’s degrees in Marketing.

Tappx’s Ignasi Prat discusses the mobile ad format conundrum added by Newsroom on May 10, 2018
View all posts by Newsroom →