By Newsroom on February 14, 2017Comments Off on Starbucks partners with WeChat to launch social gifting feature for customers 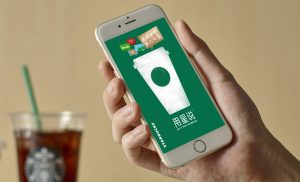 The feature “用星說” (Say it with Starbucks) has launched on messaging app Weixin (WeChat) following a two-week trial.

The feature enables users to instantly gift a Starbucks drink or digital gift card, which is stored in the receivers Weixin-Wallet function and can be redeemed in any store in Mainland China. Users can add a personal message to accompany the gift using text, images or video.

Belinda Wong, CEO of Starbucks China, said, “By leveraging the power and reach of Weixin, we want to encourage everyday simple acts of kindness to put a smile on someone’s face at any time or place, while elevating the unique Starbucks Experience beyond our retail stores in China.”

It is the latest move by Starbucks China, which aims to create what it calls an “elevated Starbucks Experience” in China. The company is focused on growing its digital connections with consumers through channels such as the the brand’s mobile app and rewards program, as well as social media.

China remains a key market for Starbucks as the coffee giant looks to open more than 5,000 new stores across the country.

Starbucks claims it is the “first retail brand to bring to life a locally-relevant social gifting experience in China”. Digital gifting has grown in popularity in recent years, particularly during Chinese New Year. In 2017, WeChat users exchanged 14.2 billion virtual hongbao for good luck over the festival period.

Starbucks partners with WeChat to launch social gifting feature for customers added by Newsroom on February 14, 2017
View all posts by Newsroom →