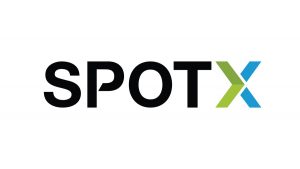 Based on intelligence from select industry reports, the white paper entitled, “Global TV and Video: Five Trends Contributing To The Continued Rise of Digital” concludes that traditional methods of TV viewing remain popular due to television’s ability to facilitate a communal experience. Faster internet speeds combined with more connected TV devices, the growth of subscription video on demand (SVOD) platforms like Netflix and Hulu and virtual multichannel video programming distributors (vMVPDs) such as Sling TV and fuboTV, are all helping to create a new post-cable era.

“Although on-demand usage is increasing, linear television remains popular due to the immediacy of traditional live programming. Just think about the massive audiences drawn to the World Cup or the Game of Thrones season finale,” said Mike Shehan, co-founder and CEO at SpotX. “As a company, we are heavily focused on live TV in over-the-top (OTT) because of its growing availability across multiple devices which inherently opens up huge opportunities for media owners to earn more revenue and advertisers to reach more consumers.”

Other digital TV growth drivers include the rise of skinny bundles from MVPDs via connected TV devices like Roku, Apple TV, and other gaming consoles, which allow audiences to pay only for the TV channels they want to watch. Mobile network speeds are also a factor with predicted spikes in North America of 25.2 Mbps by 2012 and 28.5 Mbps, on average, in Western Europe.

The SpotX white paper reveals a growing appetite for watching TV in general but with wide variations across continents. North Americans consume the most TV with a daily average of four hours and three minutes daily, in comparison to the global average of nearly three hours. Europeans followed at three hours and 49 minutes and Asians watched over an hour less at two hours and 25 minutes.