By Newsroom on June 1, 2018Comments Off on Snapchat preps Snapkit developer platform to bring camera, login to other apps 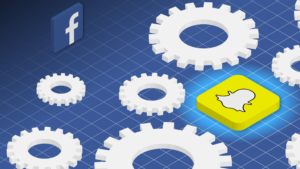 is reportedly planning to launch its first developer platform, Snapkit, according to unnamed sources. The test version of the platform indicates it will let other apps offer a “login with Snapchat” option, similar to a feature offered by Facebook and Google.

Snapkit would let software designers integrate their apps with Snapchat’s Bitmoji avatars and host a version of its camera software, meaning other apps could add Snapchat’s photo editing tools and augmented reality (AR) equipped camera without having to develop the features in-house.

It’s unclear when or if the tool will launch, or names of initial developer partners.

Until now, Snapchat has refrained from offering functionality that developers could use in their respective apps. This history stems from concerns about data breaches, an issue that this year became more pronounced on social media as the Cambridge Analytica scandal led Facebook to admit that the personal information of millions of users had been shared without their informed consent.

Because Snapchat collects less data about users than Facebook or Google, users concerned about their online privacy may be drawn to the concept, as it lets them log in to other apps without creating a new username and password specific to each app. The “login with Snapchat feature” could help establish closer ties between Snapchat and other apps, giving users one more incentive to get an account on the photo-sharing platform or reengage with an older account.

Meanwhile, the closer integration with the platform’s camera appears similar to a feature in Facebook and Instagram Stories, and could let third-party app developers integrate Snapchat’s established camera tools rather than building their own knockoff. This could lead to more content sharing through Snapchat, making its platform stickier for users.

The social platform has slowly warmed up to the developer community in the past year as it seeks to revive user growth, which has plateaued at about 191 million. The company introduced Lens Studio so that third parties could create their own AR lens and filters for the app and promoted third-party AR lenses to foster its influencer community.

Snapchat preps Snapkit developer platform to bring camera, login to other apps added by Newsroom on June 1, 2018
View all posts by Newsroom →