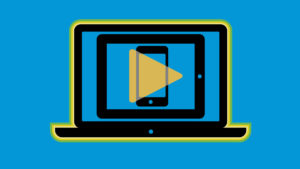 Short-form ads (5-7 seconds long) are almost as effective at driving Brand Memorability as 15 and 30 second ads, according to new data from Phoenix Marketing International.

In the real world TV viewing environment, viewers recalled short-form ads’ content and the brand nearly at parity with longer form ads. Short-form ads’ 22% Brand Memorability is only 2% lower than the 24% of the traditionally used 15 and 30 second ads and equal to that of 60 second ads. The industry norm score for brand memorability is 24%.

On average, short-form ads were slightly less memorable, with 39% of respondents able to recall the ad the next day, compared to 42% and 43% of 15 and 30 second ads. It is worth noting that short-form ads tend to be supported with low levels of media weight, which limits the likelihood of repeat viewer exposure and opportunity to “wear in”. But, the short-form ads tended to effectively communicate the brand, with 56% Brand Linkage, on par with the respective 57% and 56% performance of the 15’s and 30’s.

Short-form advertising is continuing to become more and more mainstream, with a huge explosion in brands testing the format since Q3 2017. In the first half of 2018, detected media weight using short-form ads increased nearly ten-fold.

Within the overall performance of short-form ads is a wide range of brands and advertising styles. Some brands achieved stronger Brand Memorability with their with their 5 and 6 second ads than with their 15’s and 30’s. Diving deeper into individual ad campaigns, two approaches stand out as potential paths to success: 1) using short-form ads essentially as brand banners and 2) as quick-hit cut-downs of established fifteen or thirty second ads.

Comparing and contrasting the common characteristics of top vs. bottom performing ads revealed that what is true of successful 15 and 30 second ads holds true for short-form ads. Paths to creating highly memorable advertising include using a unique & entertaining premise, creating an emotional connection via humour or sentimentality, keeping things simple & focused, and featuring relatable characters & ideas.

Fine-tuned success principles for creating short-form ads center on keeping it simple… simple plot, simple message, and a singular setting & focus. From a branding perspective, success was achieved by employing a unique & ownable brand concept, integrating the brand into the premise, and featuring branding prominently. By contrast, things to avoid in short-form ads include information overload, frenetic/disorienting visuals, and being overly text reliant, without supporting voiceover or dialogue.