By Newsroom on November 1, 2018Comments Off on Royole unveils Flexpai foldable, three-screen smartphone 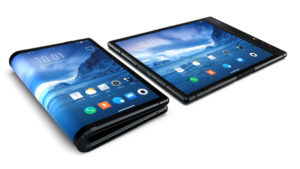 Royole, a little-known US handset maker, has unveiled the world’s “first commercial foldable smartphone” at an event in Beijing.

The FlexPai features a fully flexible 7.8-inch fully flexible display that can be arranged as two split screens, plus a third ‘edge screen’ or one larger one. It can be used folded or unfolded, which the company said delivers the portability of a smartphone combined with the screen size of a high-definition tablet. That said, when it is folded, it looks from the product video on Royale’s website as if you have two smartphones sitting on top of each other, so is likely to be pretty bulky. 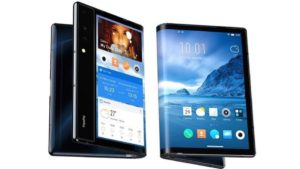 The company says the FlexPai’s screen is virtually unbreakable and has passed intensive stress tests where the screen has been bent over 200,000 times. If a commonly-heard stat is true that says the average person checks their phone 180 times a day, this would equate to just over three years’ use, assuming the phone was unfolded each time it was used.

Other handset makers, including Samsung, LG and Huawei, are said to be working on foldable phones, with Samsung’s due to make its debut at its annual developer conference in early November.