By Newsroom on April 23, 2018Comments Off on Privacy concerns could weigh heavily on mobile ad targeting, according to Advertiser Perceptions 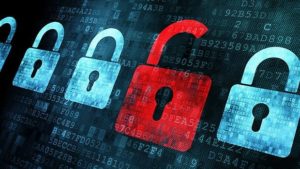 out of five (82%) advertisers said mobile device identifiers, which are used to pinpoint specific smartphone users, are important for ad targeting, but 53% said privacy implications are an “urgent issue,” per a study by Advertiser Perceptions. In addition, 50% of advertisers said online fraud will significantly affect their mobile ad spending, per the study.

“If advertisers have to target without the benefit of identifiers, they will rely more heavily on algorithms and programmatic buying,” said Justin Fromm, VP of business intelligence at Advertiser Perceptions, in a statement. “And that increases the likelihood of fraud.”

Advertiser Perceptions in December conducted 305 online interviews with mobile advertisers and agencies, including 36% with annual ad budgets of more than $25 million and the remainder with $25 million or less.

A key strength of mobile marketing is the ability to target individual devices with Mobile IDs, but data privacy is becoming a significant concern for mobile users following high-profile data breaches or unauthorized sharing of personal data, which could temper growth on mobile or lead to more fraud, according to Advertiser Perceptions. The European Union’s strict data privacy rule comes into effect next month, and many companies are adopting its standards globally because they apply to EU citizens anywhere in the world.

The Cambridge Analytica data scandal last month showed how apps could harvest the personal data of millions of Facebook users who may not have realized how much information they had shared about their friends, family and other connections on the social network. That revelation has followed a steady stream of negative headlines about data breaches, including one at credit reporting company Equifax that exposed the names, Social Security numbers, birth dates, addresses and driver’s license numbers of millions of people.

Unfortunately for marketers, data privacy rules could open up advertisers to more fraud. As Fromm points out, advertisers that can’t rely on mobile IDs to pinpoint individual users will need to rely more on algorithms and programmatic ad buying. These media buying methods are more susceptible to fraudulent activity, like “zombie websites” that are embedded with code to generate false ad views or “click injection” that uses a bot or malware on a mobile device to steal attribution credit and advertising dollars for a genuine app install.

Privacy concerns could weigh heavily on mobile ad targeting, according to Advertiser Perceptions added by Newsroom on April 23, 2018
View all posts by Newsroom →