By Newsroom on February 21, 2018Comments Off on Nike’s Air Jordan pre-release on Snapchat showcased the app’s e-commerce potential 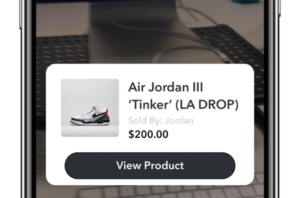 became the first brand to sell a product directly through the Snapchat app, with a special pre-release of its Air Jordan III “Tinker” shoe that will hit stores in March. People who attended a Nike party after the NBA All-Star game on Feb. 18 could scan exclusive Snap codes to open the app and purchase the sneakers for same-day delivery. The shoes sold out within 23 minutes.

Nike also created a Snapchat geofence over the Staples Center in Los Angeles, CA, where the All-Star game took place. Fans in the arena could then access a special 3-D augmented reality (AR) lens about basketball star Michael Jordan.

Though the sneaker-selling feature at the exclusive event aimed to drive excitement around the “Tinker” shoe’s March release, what’s perhaps more intereseting is the commerce partnership between Nike and Snap, which highlights Snapchat’s potential for hosting unique commerce experiences in the future. 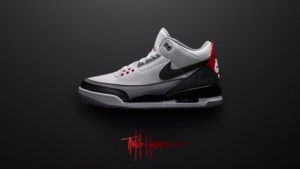 The collaboration is Snap’s biggest push into in-app e-commerce aside from its recent branded merchandise release. Earlier in February, it launched a store in the app’s Discover section to sell items like Dancing Hot Dog plushies, Snapchat logo sweatshirts and branded hats.

While it’s unlikely that Snap will make a significant amount of money from its own merchandise, the introduction of letting brands sell products through its app could be a game-changer for the struggling company and mobile commerce overall.

Snapchat could conceivably leverage its mobile user base and build out this e-commerce platform down the road to earn sales commissions from a wider variety of merchandise and brands. Impulse purchases, in particular, could be well-suited for Snapchat.

“It’s more difficult for brands to incite impulse purchases online than in a brick-and-mortar setting simply due to general human tendencies. However, Snapchat is rooted in very immediate and spontaneous interactions,” Dan Neiweem, co-founder and principal at Avionos, said in a statement. “Take a look at the limited content that people tend to share or the length of time they share it for when using the platform. That usage pattern could quickly translate into e-commerce and result in users making more ‘snap’ decisions in purchasing.” 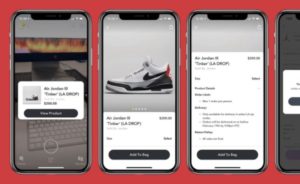 Nike has previously experimented with mobile commerce by selling shoes through its SNKRS app. The company in June released the SB Dunk High “Momofuku” shoe with a promotion that required people to visit a Momofuku restaurant or the Momofuku website to cross-promote the two companies. Once there, mobile users could point their smartphone camera at the menu to view a virtual sneaker and make a purchase in Nike’s dedicated app, per Sneakernews.

Darkstore works like an Airbnb for merchandisers, matching e-commerce shippers with shops, bodegas and malls with excess storage capacity that can facilitate same-day delivery. Retailers can use Darkstore’s artificial intelligence (AI) platform as a logistics engine that routes products from the fulfillment location with the lowest delivery rates, per Multichannel Merchant.