More than 60% of video plays will be on mobile by mid-2018, Ooyala study finds 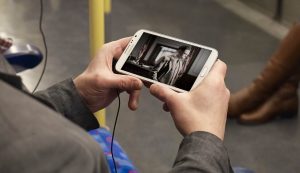 More than 58% of video plays globally – a record – occurred on mobile devices in the third quarter of 2017, per the Q3 2017 Global Video Index released by Ooyala, a leading provider of software and services that simplify the complexity of producing, streaming and monetising video.

This represents the sixth consecutive quarter in which mobile devices accounted for more than 50% of all online video starts, with Q3 mobile-video starts growing 11.9% vs. Q3 2016, the study finds.

Moreover, Ooyala forecasts that more than 60% of all video plays will be on mobile devices within the first half of 2018.

The use of mobile devices to view long-form video continues to grow dramatically, the report also found. Long-form time-watched grew nearly 77% on smartphones and nearly 70% for tablets in Q3 2017 vs. Q3 2016, while medium-form video consumption continued to decline.

“Not surprisingly, mobile continues to be the major driver of online video, popular across all age groups and all content types, and sports are leading the way,” said Ooyala Principal Analyst Jim O’Neill.

“Importantly, we know now that it’s just bunk to suggest the Internet can’t support live streaming of major sports events. One need look no further than the NFL-I stream at least two games a week without issue- for an example of just how ready sports leagues are to seed the Internet, hoping to harvest viewers from around the world and especially in China and its vast store of video consumers. Content providers, operators and brands all need to focus on how best to leverage the increasing adoption of all things mobile or risk being an also-ran in the race for content dominance.”

Mobile devices especially outperformed in hard-to-access areas where a mobile network deployment is likely cheaper and easier than a fixed network.

The full report can be found here.