By Newsroom on December 22, 2016Comments Off on Mobile Trade Groups: Event-Driven Impressions Have Stronger Ad Potential 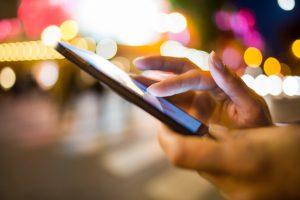 Rather than a “count-on-download” minimum, the mobile ad industry should embrace a “count-on-begin-to-render” ad impression measurement minimum.

That’s according to new guidelines proposed by the IAB (Interactive Advertising Bureau), the MRC (Media Rating Council), and the MMA (Mobile Marketing Association).

References to “served” impressions have been removed from the proposed guidelines, substituting them with the concept of counting event-driven impressions — which the partners believe have a greater potential for an “opportunity-to-see” by an end user.

The change will better align measurement of these impressions with the counting model in place for viewable impressions, according to Anna Bager, SVP/GM of mobile and video at the IAB.

The IAB and MRC — with assistance from the IAB Tech Lab — are also proposing a revision to the Desktop Display Served Impression Guideline, which shifts desktop digital ad measurement away from a minimum of “count-on-ad-insertion” approach to a “count-on-begin-to-render” model.

With this move, mobile and desktop measurement will be more closely in sync with digital video measurement — which already requires “count-on-begin-to-render” — Bager believes.

“They move measurement to more closely align with other measurement metrics, such as viewable impressions — providing an avenue to more cohesive cross-platform measurement,” she said.

The public comment period for these guidelines is scheduled to remain open until February 1 of next year. After that point, the MRC will consider relevant feedback and make changes to the draft as deemed appropriate.

Proposed final documents will then be shared with IAB, the Modernizing Measurement Task Force — and MMA for the two mobile guidelines — for a final review prior to issuance.