By Newsroom on November 25, 2016Comments Off on Mobile Racks up Record $450m Thanksgiving Sales

Smartphones accounted for $322m of that figure, while tablets banked $127m.

The report from Adobe, based on aggregated and anonymous data from 21bn visits to retail websites in the US, found that mobile accounted for 54 per cent of retail visits – 44 per cent on smartphone, 10 per cent on tablet – and 39 per cent of purchases.

“Mobile has become a standard in the American household, and Thanksgiving has become the day where consumers ‘shop on the sly’, as nearly a quarter of people we surveyed said they use mobile devices so they aren’t obvious to friends and family at the dinner table,” said Adobe Digital Insights principal analyst and director Tamara Gaffney. 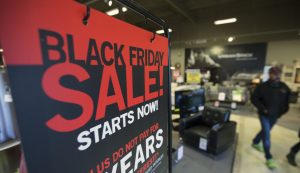 Adobe expects retailers to break $2bn in online revenue once reports for the whole day are collated, but points out that heavy discounting in the early hours of the day had slowed revenue growth.