Mobile data costs vary greatly across Europe, with Belgium and the UK paying the most, says GlobalData

By Newsroom on November 24, 2017Comments Off on Mobile data costs vary greatly across Europe, with Belgium and the UK paying the most, says GlobalData 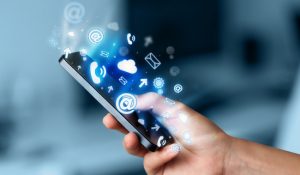 The cost of mobile data in European countries varies substantially, with Belgium and the UK offering the least data per Euro, while Romania offers the most, according to GlobalData, a leading data and analytics company.

Peter Briggs, Technology Analyst at GlobalData, comments: “Our research shows that in countries such as Germany, France, or the UK, the average amount of data you’d get with a smartphone plan between €9 and €11 is around one gigabyte, with no plans delivering more than two gigabytes.”

For consumers in other countries, €10 goes a lot further, according to GlobalData. 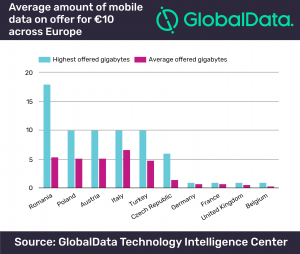 Briggs continues: “The same amount of money that buys less than two gigabytes of mobile data in Germany, France, Belgium and the UK buys up to 18 gigabytes in Romania and up to 10 gigabytes in Poland, Austria, Italy and Turkey.”

There is an 18-fold difference in the average mobile data on offer for €10 across these markets, the lowest amount (0.3 gigabytes in Belgium) and the highest (5.4 gigabytes in Romania).

Briggs concludes: “Against this backdrop, the European Commission was wise to build ‘fair use’ limitations into its ‘roam like at home provisions’ in force since June 2017.”

Mobile data costs vary greatly across Europe, with Belgium and the UK paying the most, says GlobalData added by Newsroom on November 24, 2017
View all posts by Newsroom →