By Newsroom on December 13, 2017Comments Off on Microsoft AI services race ahead with Cheetah Mobile 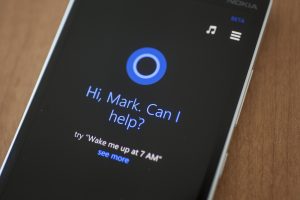 Microsoft has partnered with Cheetah Mobile to bring its AI technology to the mobile internet firm’s own products – commencing with its Cortana virtual assistant.

The disembodied helper will be baked into Cheetah’s own mobile CM Launcher app, the first such launcher app to incorporate Cortana, with plans already in train to extend usage to other apps such as Cheetah Keyboard.

In this way Cheetah customers will benefit from the full panoply of voice activation and control tricks possessed by Cortana such as hands-free calls and translation services, while Microsoft will benefit from a broader user and devices reach.

Fu Sheng, CEO of Cheetah Mobile, commented: “Partnering with Microsoft fits perfectly with Cheetah’s mission to make the world smarter and power our mobile apps with AI technologies. CM Launcher is already the market leader in terms of personalisation options, but now, with Cortana, we can bring more smart services to our users.” 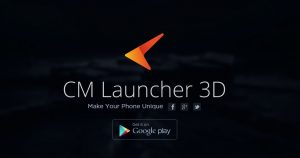 Jordi Ribas, corporate vice president of AI Products at Microsoft added: “Our goal with Microsoft Cortana is to provide intelligent assistance to help people achieve more while doing less, across their work and personal lives. The integration of Cortana and CM Launcher allows more mobile users access to Cortana to help them get things done wherever they are. This represents just the first step in our partnership with Cheetah Mobile, as we hope to integrate Cortana into additional apps and launchers in the future.”

The Cortana-enabled CM Launcher will hit the US, Britain, Canada and Australia from January. Adobe recently added voice analytics to its repertoire of cloud services, compatible with Cortana, Siri and Alexa.

Microsoft AI services race ahead with Cheetah Mobile added by Newsroom on December 13, 2017
View all posts by Newsroom →