By Newsroom on July 27, 2017Comments Off on Lingerie Brand Commits to Digital Shift after Mobile Triumphs in Driving Sales Offline 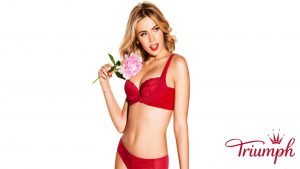 Lingerie brand Triumph says it will focus its spend more towards digital channels as its target audience, which is getting younger, spend more time online.

The decision to start looking at shifting budgets online came as Triumph realised its younger audience was spending the majority of its time online, despite still preferring to shop offline.

Sheryl Wong, commercial director at Triumph in Southeast Asia, said, “Although most Triumph sales still happen in-store where our customers can get advice and help from our staff, the audience’s time spent with media is now almost entirely digital – and especially on mobile devices. This presents a challenge where traditional channels are struggling to deliver the same returns.

“Our online shopping audience is also growing rapidly, with year-on-year revenue growth up a third this year, but we also see our customers doing their research online and then purchasing in the store itself – even when they’re already physically in the store,” she added.

The behaviour chimes with a recent Google study on the region, which aimed to cement the validity of search on customer journeys. The study found that while offline shopping was still preferred, the online research around the purchase was vast and carried on right until the point of purchase in-store.

To put this shift in strategy to the test Triumph ran a campaign earlier this year, via its agency APD, using geo-targeted data to show specific creative mobile ads to people who had visited or were in proximity of a Triumph store.

The campaign drove a 27% lift in in-store revenue, helping to cement the case for using digital channels to entice its younger audiences in to buy. An upside to the campaign was that it also drove an increase in traffic to its online store, according to Wong.

“We wanted to show the value of digital, and mobile especially, to our store operations and make our whole marketing operations work together, and much harder. The ability to geo-target and track gives us a great opportunity to deliver on this and see who is exposed to an ad will physically take action and go into the store. At the same time we made sure we had visibility on the impact the campaign had on the Triumph online store. Whilst the campaign was live, the online store received a 40% boost in traffic, over half of which was from new users to the site,” she said.

The in-store research phase has in the past gained a reputation as a tool for bargain hunting, with many using the physical shopping experience to find products, to later transact online where the prices are sometimes cheaper. However, Tom Jones-Barlow, media director for Southeast Asia at APD, said Triumph’s in-store experience helped counter any window shopping behaviours. 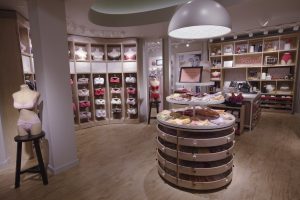 “The move to mobile is something all sorts of brands and industries are having to tackle across the board, but Triumph has a different opportunity compared to many retailers. Rather than retailers facing competition (as well as opportunity) as consumers browse in store only to use a mobile to find a better price online, Triumph can build on its strong in-store service while reaching out to potential customers through mobile and talk to customers how they want to be talked to,” he said.

Following the success of the campaign, Triumph said it would continue to look at ways in which it can reach its younger audiences online, while finding ways to bring them into the brand’s physical outlets.

“We were not only able to reach our audience, but speak to them according to where they were and what they were doing. We were able to keep supporting our offline stores even our audiences become increasingly online-focused. It further shows how marketing budgets will continue to proportionally evolve towards a more digitally focused approach, and specifically for the Triumph business become essential for our lines aimed at younger audiences,” said Wong.

Lingerie Brand Commits to Digital Shift after Mobile Triumphs in Driving Sales Offline added by Newsroom on July 27, 2017
View all posts by Newsroom →