By Newsroom on October 26, 2018Comments Off on KFC Launches its First Ever Facebook Game 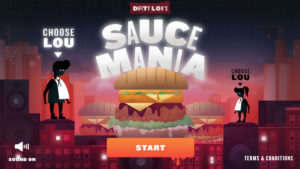 KFC has launched its first ever Facebook game – Dirty Lou’s Sauce Mania – and the aim is to get as dirty as possible.

In Dirty Lou’s Sauce Mania, the goal is to get your character’s bib as messy as you can in order to get your hands on exclusive KFC offers. Your character will travel through a cityscape and be propelled onto levitating burgers to fill up the Sauce-O-Meter and unlock freebies. 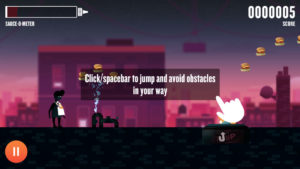 Those who complete the game are rewarded with free fries with the purchase of a large popcorn chicken.

KFC’s sauciest burger of all time – the mighty Dirty Louisiana burger – is back on the menu until 18th November. It features an Original Recipe fillet smothered with KFC’s three most iconic sauces – its beloved Supercharger sauce, black pepper mayo and BBQ sauce. There’s also a cheeky hash brown, two layers of cheese, gherkins and lettuce.

KFC Launches its First Ever Facebook Game added by Newsroom on October 26, 2018
View all posts by Newsroom →