By Newsroom on April 6, 2018Comments Off on Google’s header bidding tool exits beta 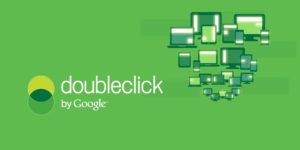 According to Google, publishers that use DoubleClick for Publishers (DFP) will be able to use the platform to increase overall revenue by allowing multiple exchanges to bid on a placement while generating reports on demand channels, yield groups, and advertisers on the basis of impressions.

A server to server connection will now allow users of Exchange Bidding to connect directly with third-party ad-exchanges, instead of relying on a header bidding code in a publishers app or site.

The inventor and patent holder for header bidding technology, OpenX, will be one of Google’s partners for Exchange Bidding.

“A key pillar of this partnership for both Google and OpenX has been transparency,” said Keisuke Meguro, publisher development director at OpenX. “By providing greater clarity with Google passing the publisher’s DFP reserve price, publishers know the exact value of their inventory and can increase competition across all types of demand offering greater optimized auctions, increased access to demand, higher quality, and, overall increased revenue with existing OpenX publisher partners who enabled Exchange Bidding experiencing an average 48% increase in revenue.”

In doing so, Google expects sites to load comparatively faster while doing away with configuration requirements for header bidding that publishers found complex.

According to Google, publishers that participated in the beta since April 2016 experienced a double-digit percentage point growth in revenue, a claim that mirrors assertions made by AppNexus and AdColony.