By Newsroom on July 21, 2017Comments Off on Global Mobile Device Usage is Expected to Reach More than 5.5bn Users by 2022 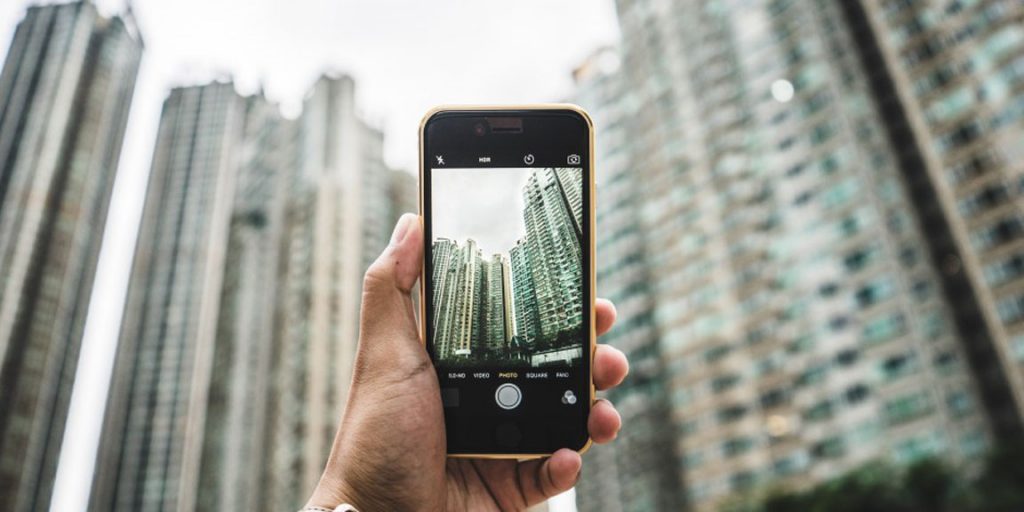 Mobile phones are expected to be in the hands of 66% of the world’s population by 2022, with mobile device usage slated to reach 5.5bn users by then.

That is almost double the total number of users (2.8bn) in 2008, according to a report by Forrester, with up to 3.8bn new users predicted during the next five years, crossing the 50% mark for smartphone use by population in 2017.

The report noted that smartphone use is expected to increase particularly in Asia and Latin America, which remain major growth areas for mobile subscribers.

“Nokia relaunched the iconic feature phone 3310 to address this market in February 2016, targeting emerging markets like India,” according to Forrester analysis’ report. Meanwhile, “India remains the fastest-growing market for smartphone subscribers, followed by Vietnam and Nigeria. We expect that by 2020 around 433m subscribers will still be using feature phones as their primary phone.” 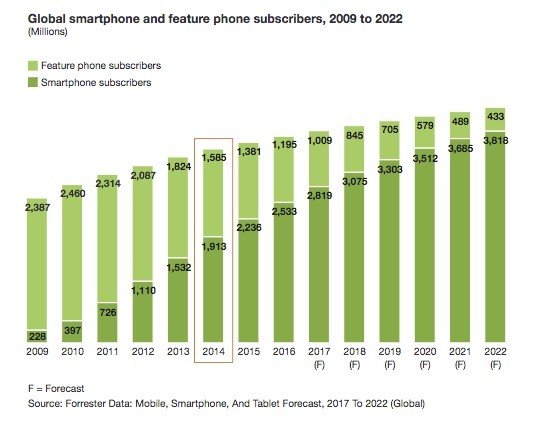 The Forrester report looked at 9,020 respondents between the ages of 18 and 97 throughout much of Asia and Australia as well as accessing more than 40 annual forecasts across Europe, Asia Pacific and Latin America.

Global mobile, smartphone and tablet forecasts include nearly 94% of smartphone owners who use Android or iOS. Android is expected to capture 73% of the market share (with more than 1.8bn users) in 2017, followed by Apple (21%) and Windows (4%), the report suggested.

“Microsoft is working on a new phone based on Windows, but it has not set a launch date. As a result, the Forrester analysts noted that “powered by the low-cost smartphone manufacturers in China, Android will retain its dominance in mobile operating systems.”

Yet, the overall installed base for business-owned tablets will remain low, from 100m to 155m in 2022, according to the report.

Global Mobile Device Usage is Expected to Reach More than 5.5bn Users by 2022 added by Newsroom on July 21, 2017
View all posts by Newsroom →