By Newsroom on May 5, 2017Comments Off on Facebook earnings soar on mobile ad sales boom 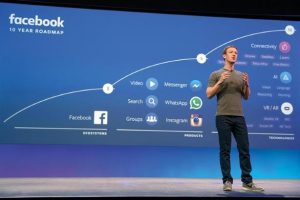 Facebook’s advertising sales in the first quarter of 2017 grew by 51% to $7.9 billion, helping the social media giant exceed analysts’ expectations.

The company’s chief financial officer, David Wehner, warned that this rate of ad revenue growth would not be maintained in the second half of the year, in part because of self-imposed limits of the level of advertising shown in Facebook’s news feed, the Financial Times reports.

Daily active users were also up 18% , to 1.3 billion. This means the number of people using Facebook on any given day is likely to soon exceed the population of India (1.34 billion) and China (1.39 billion).

Facebook earnings soar on mobile ad sales boom added by Newsroom on May 5, 2017
View all posts by Newsroom →