By Newsroom on February 16, 2018Comments Off on Ericsson Emodo Beefs Up Its Ad Tech Chops With Placecast Acquisition 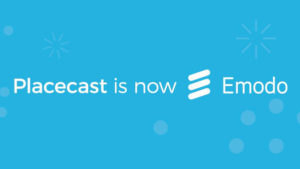 Ericsson remains keen on ad tech. On February 14, the Swedish networking and telecom company announced its acquisition of Placecast, a combo data management and demand-side platform (DSP) for location data.

Ericsson Emodo GM Paul Cheng declined to share the terms of the Placecast transaction, but he noted that it was a full-share purchase agreement. Placecast’s 38 employees plan to join Emodo’s team of 27 at its headquarters in San Francisco.

Cheng will lead the combined team, and Placecast CEO Alistair Goodman will transition to the chief commercial officer role.

Emodo launched globally in November after a debut in March at Mobile World Congress in Barcelona.

Ericsson, which makes most of its money on infrastructure, is an unlikely entrant into the ad tech space, but the push makes sense, Cheng said. Telcos are casting about for ways to diversify their revenue streams, but regional carriers lack the scale to attract ad dollars on their own.

“Ericsson is a neutral player,” Cheng said. “We’re a traditional partner for carriers – 40% of all data and mobile traffic flows through our network – but we’re not a mobile operator, we’re not a publisher and we’re not an advertiser, so we can step in to help federate these parties.”

The idea behind Emodo is to enable carriers to pool their data to compete with the likes of Facebook and Google on the mobile advertising front.

Emodo claims to have around 2 billion user profiles that primarily come from first-party SDKs and publisher partnerships. A subset of those devices is derived from operators across the US, Japan, UK and Canada. Telefonica, which owns O2 in the UK, is an early Emodo launch partner. 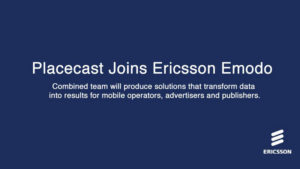 Placecast’s bread and butter is a DMP that uses carrier data – clients include Sprint and Rogers in Canada – as a truth set to verify location accuracy. It also has a DSP for activation.

But the verification piece is what proved most compelling to Ericsson Emodo.

“With carrier data, we can inject a level of confidence and quality into an area that’s been historically inaccurate in the bidstream,” Cheng said.

The ultimate vision is for Emodo to create a privacy-compliant people graph using mobile operator data as the foundation, which publishers and advertisers can tap into for targeting or verifying the quality of their own data sets.

But isn’t “privacy-compliant people graph” an oxymoron – not to mention a tripwire under the EU’s coming General Data Protection Regulation (GDPR)?

According to Cheng, Ericsson Emodo relies on advertising IDs that aren’t connected to identifying information about a user.

“When an ad ID is used as an identifier for online or mobile transactions, such as location-based offers, users express consent for use of that information for the specific purpose of targeted and specialised messaging from various retailers and advertisers,” he said. “Particularly with GDPR coming, there is a growing need for a high-quality data set that can be verified by carriers as a good data source.”

Emodo and Placecast have been working on integrating their platforms over the past few months with plans to complete the process by the end of Q2.

Ericsson Emodo Beefs Up Its Ad Tech Chops With Placecast Acquisition added by Newsroom on February 16, 2018
View all posts by Newsroom →