Digital users in India flock to regional content, according to Times Internet

By Newsroom on February 2, 2018Comments Off on Digital users in India flock to regional content, according to Times Internet 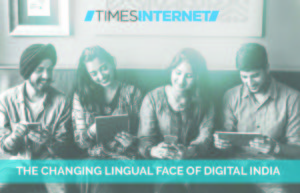 With this study, Times Internet has successfully validated the rising trend of online content consumption across the eight most widely consumed regional languages in the country. To map the magnitude of this trend, online content consumption patterns of over 90 million netizens were evaluated, unveiling many future possibilities and the impact of content in regional languages.

India is inching closer to becoming a digital-first nation as affordable smartphones and low priced 3G and 4G connections are driving Internet penetration and digital literacy in the country. Access to high speed Internet connectivity is no longer restricted to metro cities, which is causing a massive shift in online content consumption patterns, across the country.

Digital users in India flock to regional content, according to Times Internet added by Newsroom on February 2, 2018
View all posts by Newsroom →