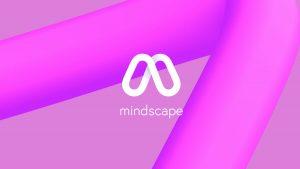 The independent creative agency CULT has launched its first ever Amazon Alexa and Google Home voice app, Mindscape. Created to offer front-line support to people suffering from anxiety or a panic attack, Mindscape was released today and is the first product created by CULT Experiment, the agency’s new offering – an innovation lab dedicated to creating products that integrate emerging technology with human need.

Cat Turner, Chief Creative Officer and co-founder of CULT said:“Agencies like ours very rarely have the opportunity to work on a brief without borders and the Experiment offers us this opportunity. To think creatively without restriction is our approach to work at Cult, and with a reputation of first-to market creative work, the Experiment was a natural extension of this. As a successful creative agency, working with some of the biggest brands in the world, we are well aware of the criticism that surrounds technology and the statistics that show how all forms of digital media affect mental health. Mindscape is the culmination of these learnings, paired with emerging technology – this is the ultimate creative process and one which we’ve relished developing over the past six months.” 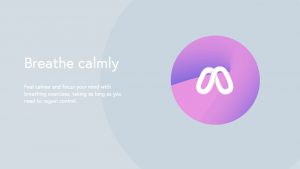 “CULT was originally founded on the belief that we knew that we could deliver creative strategy to brands that showed real rates on return for their audience and their business,” added Bridey Lipscombe, Chief Strategy Officer and co-founder of CULT. “As an agency we need to always be forward-thinking  and as such, we need to know and understand the technological developments that are happening around us. Mindscape is not only a first for the CULT family, but it’s a first to market in the world. CULT Experiment and Mindscape gives us an opportunity to learn for our clients, whilst giving back.”

Mindscape is available to download for free for Amazon Alexa and Google Home. The beauty of using voice is that it allows the user an opportunity to interact from a distance; giving them the encouragement to put down their phone, laptop or tablet and to engage verbally with an external source. Speech is one of the most efficient forms of data input; with most people speaking 150 words per minute, compared with an average typing speed of 40. Google research tells us that 72% of people who own a voice-activate speaker say their devices are used as a part of their daily routine. Whilst GeoMarketing reports that 65% of people who own an Amazon Echo or Google Home can’t imagine going back to the days before they had a smart speaker.

The power of neuroscience and its effects on the brain has long been documented. Massive Music, in collaboration with CULT provided four bespoke soundscapes and advised on the sound and pitch of Mindscapes accent. 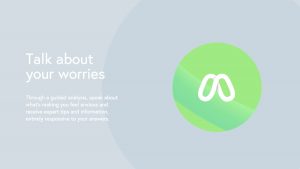 Mindscape has been developed so that additional soundscapes can be added to the application as it grows  and gains users. The existing pieces of music have been composed using scientifically proven sonic features which are known to provide anxiety relief, help troubled sleepers and uplift those experiencing low-mood. For example, in the sleep track, MassiveMusic used rhythmic entrainment to gradually ease listeners to sleep across a 20 minute period. The piece begins at a tempo of 70 beats per minute (average resting heart rate), and gradually decreases to 50 beats per minute (average heart rate during sleep). Rhythmic entrainment involves our unique human ability to ‘lock-in’ to an external pulse – the human body naturally augments its internal rhythm in response to an external pulse, and has been widely proven to have a therapeutic effect.

Aifric Lennon, Music/Mind Researcher at MassiveMusic commented: “We used evidence-based methods when composing Mindscapes music to ensure that the bespoke sounds that we created incorporated scientifically proven, sonic features to aid in specific scenarios. The next step was to develop prescriptive compositions to cater for the four unique scenarios that we wanted to address.”

According to eMarketer in 2017, over 35.6million Americans use voice-activated assistants and whilst the market is not as strong in the UK as it is in the US, with the launch of Amazon’s new devices on the 20th September (Smart Plug, Microwave, Clock, Echo-Auto) and its development of existing products, such as Echo Dot and Echo Show, we can be sure that we will  see the rise of this interface – Comscore predicts that 50% of searches will be powered by voice in 2020 – it’s the ability of these devices to seamlessly incorporate themselves into our lives that will make them successful. Voice’s power rests in the fact that there is no learning curve to use it. In the case of Mindscape, the user only has to ask Google or Alexa to ‘open Mindscape’ and  then spends time working with the app, through verbal analysis to find solutions to their current mood 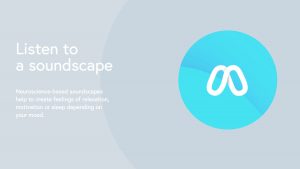 “Mindscape pushes the boundaries of voice not only in its unique pairing of voice technology, AI and neuroscience-based music therapy, but also in the detail of the dialogue structure itself. We have pushed Alexa’s native voice as far as we can using SSML rather than simply falling back on a recorded voice over, which means that we can make agile amends at any time, while still maintaining a controlled tonality,” said creative technologist, Jen Heape. “In the UK alone, one in four people will be affected by mental health concerns. We know that this can have the same effect on an individual as smoking 15 cigarettes per day; it ravages our immune system, leaves us more vulnerable to cancer, affects our heart and puts us a greater risk of dementia. Mental pain is as destructive as physical pain – it activates the same parts of our mind. According to the UK government, 60% of adults in the UK have a smartphone, but only 2% have a digitally-enabled interaction with NHS.”

Lynette Charles, CEO of Mind in Haringey, said “Mind in Haringey is delighted to have been working with Cult to develop Mindscape. We must ensure that we continue to raise awareness within our the communities, Mental Health is everyone’s business and we need to all reach out to our family, friends and colleagues. Around one in four of us will face a mental health problem every year, which makes apps like Mindscape so important.”

Cat Turner, CULT said “Mindscape was designed by us humans to help others feel stronger, allowing them an opportunity to work through their concerns and offering them effective pathways to calmness; a feeling of control in a period of panic. It is our hope that Mindscape will help people in the moment where they need it most.”

Mindscape officially launches on Monday 8th October 2018 in readiness for World Mental Health Day on Wednesday 10th October. It will be available to all English language speaking countries. You can experience the app at Google Home and Amazon Alexa using the voice command “open Mindscape”.