By Newsroom on January 31, 2018Comments Off on Chat app Line announces plan for cryptocurrency services, loans and insurance 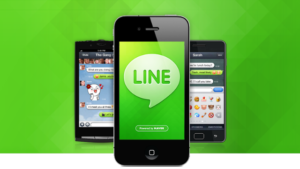 the messaging app with around 200 million monthly users, is embracing bitcoin and other cryptocurrencies to fend off increased competition from Facebook and others.

The Japanese company has announced the creation of a new financial services division which will spearhead a move into cryptocurrencies and other services including loans and insurance. Line already operates a payment service — which claims 40 million users $4 billion in annual GMV — but now it plans to do much more.

Line said it has applied for a cryptocurrency license in Japan — where more than a dozen exchange and other businesses have been approved — which is currently under review.

Bloomberg reported earlier this month that Line was considering a move into crypto, but at this point it isn’t clear exactly what that will entail. From the announcement, Line said it will operate a marketplace inside its app where people can trade crypto and get loans or insurance. It said, too, that it will look into how it can use blockchain technology within its services.

Loans and insurance, while not as attention-grabbing as crypto, may prove to be lucrative ventures in markets where Line has strong recognition among consumers.

The company is need of something fresh to revitalize its business in the wake of increasing competition from Facebook, which operates WhatsApp and Messenger, the world’s most popular messaging apps with over one billion monthly users each.

Prior its $1.1 billion U.S.-Japan IPO in 2016, Line had targeted a global audience via its messaging service — which pioneered the concept of stickers — and a connected games business. Its international expansion didn’t go according to plan, however, and the company refocused efforts on its three core overseas markets of Thailand, Taiwan and Indonesia, which account for 168 million of its active users. Including Japan, Line claims over 200 million users.

In those markets, it offers a range of localized services that include video streaming, manga cartoons, shopping, ride-hailing and other on-demand services. Last year, it began to sell smart hardware and AI to offer its own cartoony alternative to Amazon’s Echo range and Google Home devices. In some markets, it also offers a Line-branded mobile phone/data service.

There’s plenty of pressure, however. Facebook’s global popularity makes Messenger an option for most internet users on the planet while the company is busy in other areas. WhatsApp recently moved into business solutions that allow companies to correspond with users via its service, and it is tipped to add payments soon. CEO Mark Zuckerberg has also pledged to look into whether Facebook can make use of blockchain technology.

Line will hope these new services can boost its business in its strongest markets and pick up new users in other countries.

Line might well be the largest consumer-focused business to adopt crypto to date. It is far from the only chat app, though. Kik raised $100 million in an ICO earlier this year, while there are also newer blockchain-based solutions such as Status. Then there’s Telegram, a chat app that has over 150 million users and is popular among the crypto community, which is planning a much-anticipated ICO that could raise upwards of $1.2 billion.

Line’s announcement came as the price of bitcoin dropped below $10,000 for the first time since the end of November, according to Coindesk’s price tracking service.