By Newsroom on June 27, 2018Comments Off on BBC is launching new ‘Sounds’ app for podcasts, radio and music

The BBC has unveiled a new audio streaming app that it says is part of the corporation’s plans to “reinvent the BBC for a new generation”. 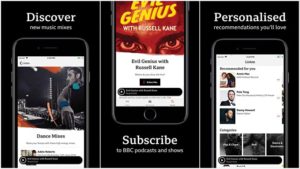 BBC Sounds is a collection of the broadcaster’s live and on-demand radio, as well as music and podcasts in one place. The BBC says the app is designed to be personalised, learning from user listening habits to offer up suggestions on new content.

BBC iPlayer and Sounds boss Dan Taylor-Watt said in a blog post: “Every user’s experience of BBC Sounds will be unique as it’s designed to learn from your listening habits, providing one-tap access to the latest episodes of your favourite BBC podcasts and radio shows and introducing you to new audio you wouldn’t otherwise have discovered from the 80,000 hours available.”

He added that the popular dial to scroll between radio stations has been carried over from the existing BBC iPlayer radio app, and a continue listening mode will enable users to carry on where they left off. 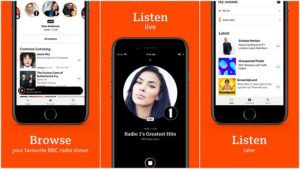 However, Taylor-Watt also stressed that the version of Sounds launching on Android, iOS and Amazon on June 26 was very much a “first release”, with more features still to be added.

That will be a relief to audio fans trying out the app as it currently does not support downloads or offline listening – meaning an internet connection is required at all times to use it.

For now there is also no word on how the app could affect the broadcaster’s existing audio streaming service.

BBC is launching new ‘Sounds’ app for podcasts, radio and music added by Newsroom on June 27, 2018
View all posts by Newsroom →