By Newsroom on November 7, 2017Comments Off on Amazon Tops the Digital Advertiser Charts on Desktop and Mobile During October in India 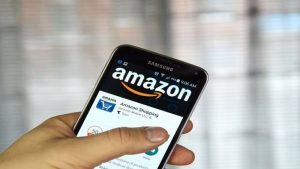 Summing up the Diwali season, Adby Ventures released a report about 10,000 Active advertisers across the country advertising in the festive month ending mid-October.

The report compared advertising across different platforms (desktop, mobile, videos) and mapped the increased activity of different industries in the festival season. It also released a comparison of the digital advertising adoption in India with other countries. India stands at approximately a tenth of US, the market with highest number of digital advertisers.

Almost half of approx. 10,000 advertisers detected on Digital Display advertised both on mobile and desktop. A further 2500 Advertisers operated solely on mobile display advertising, which is an important indicator of how Mobile has penetrated into the lives of the consumers and advertisers alike, and in many cases exclusively.

As per Adby’s reports, Amazon, including its retail and prime video business, captured the highest share of voice amongst all advertisers in October.

Piramal Housing has emerged as a new entry amongst the top advertisers in the month. Real estate advertiser Kanakia Group, continued its advertising reach and its position in the top ten. Honda 2 Wheelers India too ran a well-sized campaign offering festival savings, going for big reach through large publishers. Flipkart, Oppo Phones, Australia Tourism, Hero Motor Corp, Usha Lighting and Samsung were the other top advertisers of the month.

Adby collects and reports this data using its Competitive Media Intelligence tool for Advertisers, Publishers & Agencies. Advertisers and their agencies use the tool to benchmark against competitor’s share of voice, to learn from their publisher mix, creative strategy and campaign executions across all platforms – desktop, mobile web or app. Publishers use it to understand their current and prospective client’s advertising strategies and to plan their sales pipeline and efforts with enhanced market intelligence.

“On time information about competitive developments gives you a critical edge in the market. Otherwise, by reacting later, advertisers waste precious marketing dollars and publishers lose revenue opportunities,” said Tanul Rustagi, Adby’s in-house Economist. He adds, “We have to accept that sometimes, against our wish, our competition might have the stronger plan. It is important to not get complacent.”

Amazon Tops the Digital Advertiser Charts on Desktop and Mobile During October in India added by Newsroom on November 7, 2017
View all posts by Newsroom →