By Newsroom on July 19, 2017Comments Off on AI and Alexa are helping Vodafone emerge from ‘digital wilderness’ in Customer Experience Overhaul 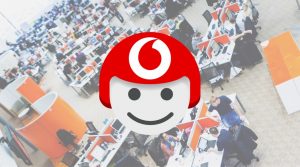 Vodafone has said it wants to be seen as an innovator as it continues its pivot towards a customer-centric strategy, with the telecom firm’s Chief Operating Officer and Director of Customer Service Neil Blagden, explaining why AI is helping fuel a shift in perception for the brand.

Fresh from following its competitor Three in abolishing roaming charges in much of Europe, and unveiling its AI chatbot Tobi in April, the brand is now trailing integration with Amazon’s personal assistant Alexa as well as more advanced machine learning features designed to bolster customer service and relationships.

Speaking at the launch, Blagden said: “We’ve been in the wilderness from a digital perspective if we’re honest about it.” He added that the continuing operational shift from the firm was designed not only to ensure “seamless” customer experiences but also to help it attract talent and set an industry benchmark for how things should be done.

The customer lead conceded that Vodafone has had “a number of tough years, we haven’t done as well as we should from a customer service perspective so a lot of energy and focus has been, rightly so, focused on improving and fixing the basic  processes of our service,” Blagden said.

Back in 2015, Vodafone’s Net Promoter Score (NPS), the metric it uses to measure customer loyalty, was down to “levels the brand had never seen,” hitting -25% in some markets. But following on overhaul of its systems, processes and training strategies this is on the road to recovery with a +16% positive shift. In 2016 it was the NPS category leader in 13 out of 21 markets. 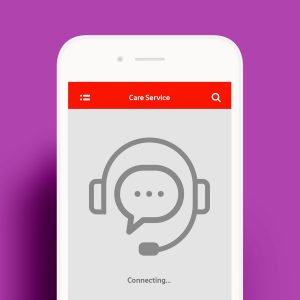 An ongoing focus on the customer will include the “imminent” roll out of an Alexa Skill, or a voice command, which will enable them to ask for information about their account using only speech, ie ‘Alexa, how much data have I used this month?’. Linked to this is a set of voice-based biometric tools which will let customers calling Vodafone’s helpline confirm their identity based on the unique tone of their voice, which Blagden argues is a simple, but effective move.

In 2017, Vodafone launched its AI chatbot, Tobi, a virtual service agent which helps customers seeking answers to basic questions over web chat. Tobi is powered by IBM Watson and also integrated with Facebook Messenger, but now ‘his’ role has been expanded to answer account-specific questions on subjects like roaming.

Vodafone claims Tobi, which will be adopted across all markets, understands what a customer needs help with more than 90% of the time, and will be handling even more account transactions by the year’s end. The bot was initially able to answer 112 intents but can now respond to about 150.

On how the brand is taking stock of the success and ROI of Tobi, Blagden says the testing approach is centered around agile-based principles, with Vodafone releasing updates to small pools of customers and letting them toy with the bot before asking for feedback. He said the platform is now talking to 30% of Vodafone’s customers via web chat.

As well as a more intelligent AI service, customers will now have access to 24/7 round-the-clock Facebook and Twitter care. Vodafone is also rolling out WhatsApp-esque support service called Message Us, it is baked into the My Vodafone app – which is used by 4 million of the telecom’s customers. This will allow them to have conversations with real employees and pick up where they left off without having to transfer between agents.

AI and Alexa are helping Vodafone emerge from ‘digital wilderness’ in Customer Experience Overhaul added by Newsroom on July 19, 2017
View all posts by Newsroom →