By Newsroom on May 4, 2018Comments Off on Xiaomi files for IPO as it begins selling its phones in the UK and Europe through Three 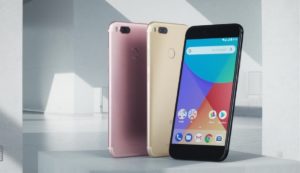 world’s fourth largest smartphone maker in terms of shipments, Xiaomi, has been pretty busy – submitting an initial public offering (IPO) application in Hong Kong and penning a deal with Three parent Hutchison to distribute its phones in the UK, Hong Kong, and other locations.

According to the South China Morning Post, Xiaomi is looking to raise $10bn as part of its IPO, valuing the company at $100bn. This would make Xiaomi’s IPO the 15th biggest of all time and the fourth-largest in Hong Kong. In addition, its valuation would make it the third-biggest Chinese tech company behind Tencent and Alibaba.

Xiaomi files for IPO as it begins selling its phones in the UK and Europe through Three added by Newsroom on May 4, 2018
View all posts by Newsroom →