By Newsroom on March 20, 2017Comments Off on Transavia teams with Uber to turn an ordinary taxi ride into a flight abroad

It’s an invariable grind that’s almost impossible to see past. The logistics alone of even tiny weekend trips can stop us from starting the process at all, leaving us marinating in unrealized fantasies of escape.

But what if getting away for a long weekend were as easy as calling an Uber? 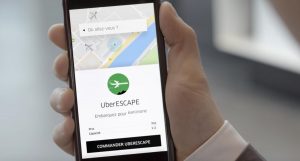 For one week, Transavia’s flights were connected to the Uber app. When opened, and in addition to proffering all the usual car options, users saw an “UberESCAPE” button, which instantly listed all the exotic departures taking off from the nearest airport. The cost of the flight was folded into the cost of the Uber trip. 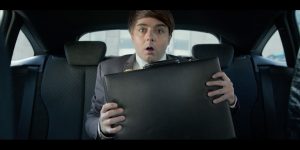 In addition to perhaps encouraging people to make up with Uber, the campaign reinforced Transavia’s goal of making travel feel more accessible, not just with lower prices but with clever campaigns that flaunted the ease of departure in unexpected ways. Two years ago, the company printed actual plane tickets on snacks, available in select French supermarkets, vending machines and metro stations.

Destinations for the “UberESCAPE” campaign included Barcelona, Lisbon, Vienna, Porto, London and Amsterdam—all a hop, skip and a jump away for city-dwelling French residents.

Now even that effort’s been reduced to just one easy click. 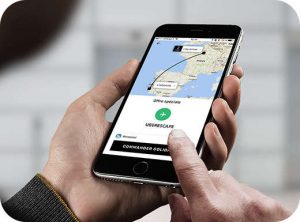 Transavia teams with Uber to turn an ordinary taxi ride into a flight abroad added by Newsroom on March 20, 2017
View all posts by Newsroom →