The programmatic ad fraud battleground: How to fight the good fight

By Newsroom on June 21, 2018Comments Off on The programmatic ad fraud battleground: How to fight the good fight 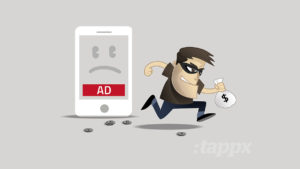 Ad fraud is a monumental challenge facing the entire digital advertising industry. According to Forrester about $7.4 billion was wasted on display ads in 2016, a figure set to rise to $10.9 billion by 2021. Juniper Research reported that total revenue loss owing to advertising fraud will reach a staggering $44 billion in 2022, rising from $14.2 billion in 2017.

What is impression fraud?

This malpractice is when digital ads are delivered and counted as viewed, but have not been seen by human eyes – i.e. fake reporting. This is done through a number of ways; fraudsters use botnets to artificially create impressions and traffic. Sadly, human eyes never see these ads because they’re hidden out of sight, often embedded in hidden frames, which is called ad stacking – a technique of hiding an ad below another ad.

Bots are used to create massive amounts of fraudulent clicks on ads. For example, if a campaign is hijacked by bots, it then misleads advertisers into thinking that their campaigns are performing well above normal. Fraudsters often create fake mobile sites with fake traffic based on expensive CPC keywords. If a brand makes a purchaseon these fake sites, this then generates fraudulent clicks and advertisers are then led to believe that the click emanated from a real person. According to the 2017 report from The Association of National Advertisers (ANA) bots were responsible for up to $6.5 billion of ad fraud in 2017.

This type of fraud creates fake app downloads or re-installs apps and is conducted through several unscrupulous methods, including:

How can you detect app install fraud?

Keep your sensors peeled for the following:

HOW TO FIGHT AD FRAUD

If your performance team is reporting substantial increases for app installs and clicks, something insidious may be afoot. Especially if these anomalous positive results are emanating from devices with the same IP address. Create a database to log these bad IPs to help your team avoid them in the future. You can do this alone, or better still, create an open shared database with other companies in your vertical, and even consider working with your competitors.

By using 1st party data, marketers can gain better control and verification for quality of data, plus the ability to spot suspicious patterns earlier on. Working with data from post install events, such as completing an onboarding tutorial can make spotting fraud much easier, since bots find it difficult to simulate human behaviour. If you don’t see any activity post install of an app or game, you can be sure that the source origin which sent the traffic will be fraudulent.

Smart algorithms and machine learning can be deployed to fight programmatic ad fraud. Fraud detection isn’t easy for a human to manually accomplish, as it’s tough to manually check a huge dataset of information from hundreds of digital ad campaigns. Machine learning is an automated process that is constantly learning. By defining logical rules, patterns and ways to react to ad fraud, algorithms can be very effective at detecting fraudulent patterns before an impression, click or install is completed.

The best long-term solution for beating ad fraud hinges on the digital advertising industry’s ability to come together to create communities to help fight it. For example, in Spain several high profile companies like Adobe, Rubicon Project, Tappx and IAS have formed a not-for-profit organisation called FAQFraud. Collectively they are on a mission to fight digital ad fraud, offering support and sharing best practices with one another. Other local country ad communities could take note and form similar collectives to tackle programmatic ad fraud on a global level.

Article by Santiago Soengas, Head of Strategic Partnerships at Tappx 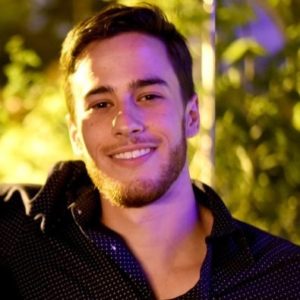 Santiago is the Head of Strategic Partnerships at Tappx, the comprehensive one-stop-shop ad tech solution for both user acquisition and app monetisation.

He is also responsible for driving the day-to-day implementation of digital ad fraud strategies across Tappx’s client base.

The programmatic ad fraud battleground: How to fight the good fight added by Newsroom on June 21, 2018
View all posts by Newsroom →