By Newsroom on July 26, 2016Comments Off on The 2016 Rio Games Will Be A Breakthrough Event for Cross-Device Marketing 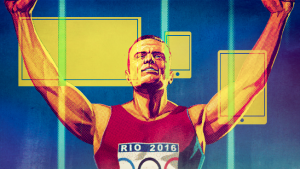 The summer and winter games have long been one of the television advertising world’s signature events. In fact, advertisers are estimated to spend over $1 billion on official television spots during the broadcast of the Rio games on NBC in August, according to Variety.

Though it’s unsurprising that advertisers flock to secure TV ad spots during the highly coveted summer games, marketers should consider how the changing viewership patterns will influence their media plans this year. Specifically, as audiences increasingly consume digital video, marketers have an unprecedented opportunity to extend their campaigns beyond traditional television and onto second screens through programmatic advertising.

In the two years since the winter games in Sochi, programmatic has made great strides in developing and enhancing omnichannel campaign tools. These advancements have enabled marketers to take a holistic approach in their planning, ensuring they are connecting their brand messaging across all devices and telling their brand story in a cohesive way. Additionally, more marketers are layering data onto their campaigns to ensure they are reaching the right consumers with more relevant content.

Meanwhile, consumers have become increasingly comfortable watching live sports on desktop and mobile devices, as shown by the record numbers of fans who streamed the most recent World Cup or football’s Big Game. For these reasons, the 2016 Rio games represent the first truly omnichannel games, a long-awaited event that will finally give brands the chance to reach and measure their target audiences across a dizzying number of touch points and channels.

The games are no longer just a television event

It’s important to note that the digital media opportunity during the Rio games is not limited to official broadcast coverage. After all, those ads are only being made available to marketers who first commit to spending at least $10 million on television at this year’s event. Brands that are either unwilling or unable to devote those kinds of resources to official advertising can instead target viewers inside the apps and websites they use while watching the games.

Every event from this year’s games will once again be available for live streaming on mobile and desktop devices, and all signs point to a record year for digital viewing. While digital video has been growing steadily across the board—more than half of Americans will watch some kind of streaming TV this year—mobile viewing has been especially popular of late. According to the market research firm GlobalWebIndex, 56 percent of viewers of the games engage in some kind of second-screen activity on their mobile phones, while 42 percent do so on their laptops. 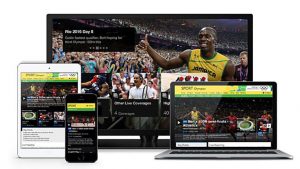 While the summer games will provide a number of touch points for marketers to interact with consumers, it’s the recent advances in cross-device measurement that will allow them to do so effectively. Prior to the maturation of this technology, marketers had difficulty identifying individuals as they moved between their various devices, and perhaps even more trouble figuring out which ads persuaded the customer to make a purchase. This has all gotten a whole lot easier since the 2014 games in Sochi.

Data vendors like Adbrain and Crosswise are helping marketers with probabilistic tracking, which uses algorithms based on IP addresses, browsing history and other data points to tie a single person to the different devices they use. In recent years, these vendors have gotten so good that they can accurately identify users across devices nearly 98 percent of the time. 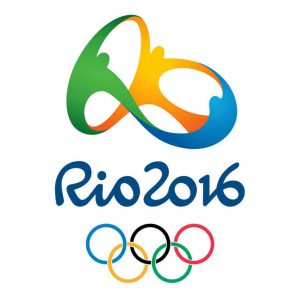 The upshot of all this is that marketers take advantage of the increasing number of screens to engage their audience. An omnichannel approach can help construct a highly effective strategy across multiple screens and channels.

For example, instead of merely purchasing an ad during the live stream of the men’s basketball final, a clothing brand could reinforce its message by targeting the same individual with an ad on the website they use to look up stats from the game on their tablet. Later, the brand could offer a discounted product to the same person inside the social network they use to discuss the game with friends on their smartphone.

The potential of the first ever omnichannel advertising games is incredibly strong, and many smart marketers will recognize the opportunity and bring home the gold.

The 2016 Rio Games Will Be A Breakthrough Event for Cross-Device Marketing added by Newsroom on July 26, 2016
View all posts by Newsroom →