By Newsroom on February 27, 2018Comments Off on Telefónica and Facebook join forces to bring 4G to 100 million people in Latin America

Telefónica, the Spanish parent of UK mobile operator O2, is working with social network Facebook to develop a programme called Internet para todos (Internet for everybody), with the intention of connecting 100 million digitally excluded people in Central and South America to the internet for the first time.

Around 20% of people in Latin America still lack proper access to mobile broadband, which can play a crucial role in social and economic progress, said Telefónica, which launched the programme on the opening day of Mobile World Congress 2018 in Barcelona.

The Internet para todos scheme will take an ecosystem approach to expanding connectivity across the region, bringing in partners and stakeholders – such as Facebook – to solve challenges around rural connectivity in some of the most inaccessible locations in the world.

At launch, Telefónica and Facebook will work jointly on a number of projects to deploy new technologies and operating models to more it more cost-effective to deploy 4G mobile broadband networks.

A pilot scheme in Peru has already seen over 10,000 people living in the highlands and the Amazon basin brought online through an open approach to deployment that is supposed to empower rural infrastructure operators, local entrepreneurs and community organisations to work together on network builds.

The two firms have been collaborating since 2016 on an industry-wide initiative called the Telecom Infra Project (TIP) which is aiming to disaggregate traditional network hardware and software, and started work in Peru in early 2017, using high definition population density maps and artificial intelligence (AI) tools to prioritise network deployments in remote low-density areas of Peru. 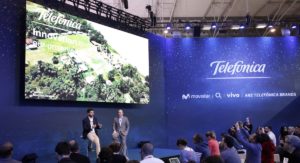 they have been investigating how to stretch existing technological capabilities to use technologies such as microwave, and new radio access network (Ran) solutions – such as Parallel Wireless programmable open Ran and Facebook’s OpenCellular LTE Ran platform – to connect remote settlements.

The Internet para todos project will build on this, demonstrating the maturity of these technologies to deliver cost-effective connectivity in remote, disadvantaged locations. Telefónica has also been trialling sustainable power solutions and alternative vertical infrastructures.

“Developing new technology is just one part of the equation. We also need to explore new business models and cooperate with other service providers and regulators to make the investment required sustainable,” said Telefónica’s chief innovation officer, Gonzalo Martín-Villa.

“These innovations are the foundation of the next generation networks and services that will benefit the whole industry and, above all, society,” he said.

At Mobile World Congress, Telefónica and Facebook also set out a number of ideas on how regulators can get involved in the Internet para todos scheme, launching a whitepaper on how their experiences in Peru can inform other projects in the majority world.

The paper highlights the fact that providing sustainable connectivity in remote areas needs complementary connectivity policies, and notes the steps taken in this direction by the Peruvian government – such as encouraging the setup of new rural mobile infrastructure operators that own their own networks but are allowed to use spectrum allocated to national mobile operators to extend their reach further than would otherwise be possible.

“We believe the right way to move forward is to promote the cooperation of different ecosystem players to maximise complementarities among them and to review old regulatory burdens that may not make sense in a data-oriented economy,” said Virginia Nakagawa, Peruvian vice-minister of telecoms.

Telefónica and Facebook join forces to bring 4G to 100 million people in Latin America added by Newsroom on February 27, 2018
View all posts by Newsroom →