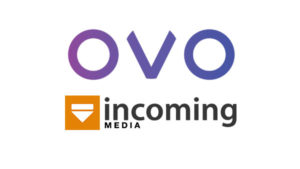 Mobile telecommunications company OVO Mobile has acquired Incoming Media, a tech start-up spun out of NICTA (now Data61) for more than $13 million in order to use its technology to expand itself into an AI-driven mobile broadcasting platform.

The acquisition, which has been completed in a scrip deal, will see the creation of OVOPlay as a mobile broadcasting platform that lets advertising or broadcast content be stored on a user’s device without affecting the device’s memory.

Prior to the acquisition of Incoming Media, OVO has operated as a mobile virtual network operator (MVNO) reselling mobile packages on Optus’ network, with its chief differentiator being the rights it has acquired to show niche sports such as motorsports, waterpolo and gymnastics.

It has more than 60,000 mobile phone plan subscribers in Australia, with audiences of up to 200,000 people each weekend, but OVO chief executive Matt Jones said the Incoming Media technology would give it another major revenue stream.

Incoming Media has patented technology which uploads content to the memory of a phone or tablet once it is connected to Wi-Fi and is charging. This can then be shown at the most appropriate time to boost the user’s engagement.

From an advertiser’s perspective, it means ads for burgers could be shown when a person is walking near a fast food chain, whereas a customer who regularly watches waterpolo on Sunday nights would have the game stored on their phone if they missed it, and then played to them automatically when they begin their morning commute on Monday.

Mr Jones said trials of the technology with a telco in the US showed users were five times more likely to watch curated content to the end, repeat it and share it.

The Incoming Technology patents also include methods of utilising machine learning algorithms to tailor content, taking into account if a person’s headphones are plugged in, what time of the day they’re travelling, if their phone is in portrait or landscape mode and if they’re travelling or at home, to determine the best time to show the content.

As part of the deal three former NICTA PhD scientists will join OVO to work on the continual development of the OVOPlay technology. Meanwhile, Incoming Media’s chief executive Mark Adams and its four founders, David McKeague, Dr Max Ott, Bob Hitching and Dr Henrik Petander, will continue to act as advisers to the business.

OVO chief executive Matt Jones told The Australian Financial Review the deal would help it evolve as the mobile telecommunications sector changed and became increasingly based on media-style customer acquisition.

“Because we’re not infrastructure-based and don’t own a mobile network, we are not concerned with geographic boundaries and this helps us to monetise audiences,” he said. “In the next four to five years consumers won’t distinguish between what’s a media and content distribution brand and a telco brand. This is a business model that says we can be a media company and a telco in a single platform and we can accelerate what will ultimately happen globally.”

OVO is also embarking on a capital raise of up to $5 million, which it said would help it take its service global.

“Together, OVO and Incoming Media have become the world’s first AI-driven Media Telco,” he said.