By Newsroom on March 29, 2017Comments Off on TabMo hires Dan Read from Mobsta to oversee their commercial strategy 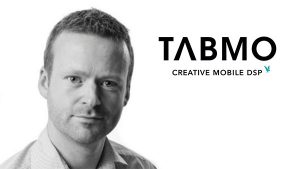 Programmatic mobile video advertising company TabMo has recruited Dan Read for the newly-created role of head of trading and platform sales. Read, who was previously head of trading at Mobsta, will oversee TabMo’s commercial strategy as the company continues to grow its UK customer base.

Prior to joining Mobsta, which specialises in location targeting and audience profiling, Read held roles at Weve (now solely-owned by telecoms giant O2), OMD and Vizeum.

TabMo’s technology, Hawk, is a next generation programmatic mobile demand side platform (DSP) for agencies and advertisers. It is the first to manage both the entire purchasing process and the broadcasting of mobile advertising campaigns in any ad format (including 360 degree video and native) on mobile devices in real-time. Hawk is also the world’s first creative mobile DSP; as well as programmatic features, its creative modules enable users to adapt their existing assets to reflect the audience being targeted and the mobile screen itself.

Hawk is available as both an in-house self-serve platform and a managed service. Read’s role at TabMo will see him work closely with customers to advise on what is right for their individual needs, and ensure that they see return on their mobile advertising investment.

In addition to Read’s hire, Shanil Chande, has been promoted to head of agency sales, another new role that reflects the company’s expansion, while its London-based creative studio continues to grow under the leadership of Neil Johnson.

TabMo’s expansion plans come as eMarketer forecasts that the UK’s mobile ad spending is set to reach nearly £7bn in 2017, a figure that represents 36.6% of total ad investment.

“TabMo is reaping the rewards for developing technology to fill a gap in the market; its growth since it launched in the UK has been impressive,” say Read, commenting on his new role. “In addition it can offer the transparency that advertisers are now, quite rightly, demanding, while its focus on the creative is much needed in this sector. I look forward to playing a part in its continued success.”

Chris Childs, UK managing director at TabMo, says: “Dan’s breadth of experience adds another layer to the service that we are able to offer to clients and will also help us to open new doors with brands that are yet to adopt mobile as an advertising channel. Shanil’s expanded role will enable him to increase our influence within agencies, thereby further strengthening our growth strategy.”

“We are seeing significant traction with agencies as they experience first hand the benefits that more cohesive data-driven and creative strategies can offer their clients,” explains Chande. “Over the next few months, we will be developing our agency sales team to ensure we can meet the clear and growing need we are now experiencing for ‘intelligent advertising’.”

TabMo hires Dan Read from Mobsta to oversee their commercial strategy added by Newsroom on March 29, 2017
View all posts by Newsroom →