Snapchat has launched a fresh set of self-serve tools globally, which will allow all brands using the platform to create bespoke ads and target them without the need for a third-party.

The company has added a feature called Snap Publisher to its toolkit for brands. The tool has been in testing for the past few weeks with a select group of US advertisers, but Snap is now giving access to all businesses globally. 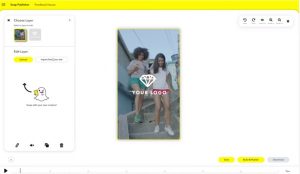 The Venice Beach-based upstart first opened itself up to advertisers a few months ago with the launch of its self-serve platform, offering brands a more centralised and fee-free way to let clients purchase slots directly. On launch, this was only available to 20 select partners, but it is now available to all businesses big and small.

Snap Publisher is a browser-based tool baked into Snap’s ad manager that has the potential to remove some of the costs associated with drafting Snapchat campaigns by letting brands convert horizontal video into vertical formats. It will also allow firms to enhance videos with text and animation as well as turning websites into Snap Ads – vertical video slots that can run for up to 10 seconds. Finally, Publisher can generate multiple versions of a Snap Ad.

By adding the ability to create, edit, launch and target creative in a single workflow, Snap could set itself apart from the Facebook and Google duopoly. Facebook’s Power Editor tool – which is also part of its ad manager – is currently only in testing with a small percentage of advertisers. Google’s Doubleclick Studio, meanwhile, is geared more towards creative specialists and agencies working with brands. 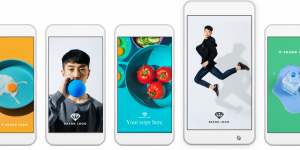 Regular sponsored Lenses and Filters will remain unaffected by the change and will still only be available for purchase via third-party partner technology. Snap is also making it clear that ads created and served through its ad manager are still vetted by a pair of human eyes before being served up to users.

The company is poised to reveal its second quarter results in August following on from a disappointing first investor update in May. It currently has 166 million daily active users worldwide, having noted an increase of 36% year-over-year, although at the time analysts had expected this figure to be closer to the 188 million mark.

Facebook has mercilessly aped Snap’s USPs within its own walls and on sister platform Instagram. This year, Zenith’s global ad spend report showed that Google and Facebook’s duoplogy across all media isn’t slowing down, with the giants capturing 20% of all international ad expenditure in 2016.

Snapchat Rolls out Global Self-serve Creative Tools as it Hands the Reins over to Brands added by Newsroom on July 18, 2017
View all posts by Newsroom →