By Newsroom on October 18, 2016Comments Off on Snapchat is luring in more UK advertisers 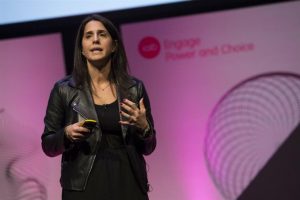 Snap’s general manager in the UK, Claire Valoti, made her first public appearance at IAB’s Engage event in London equipped with some new demographic data on UK users, according to The Drum.

The company announced that 77% of users in the UK are over the age of 18.

This is good because it means that most of Snapchat’s user base is a targetable audience. Advertisers are not permitted to use data to target users under the age of 18, meaning Snap can monetize a large majority of its user base in the UK. Consumers over 18 also have more purchasing power than younger teens, and advertisers want to see real ROI for their ad spend. 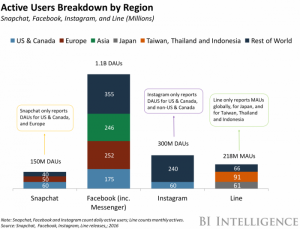 However, this could present a few hurdles for both marketers and Snap:

The company is increasingly focused on building out a robust UK presence as mobile and video ad spend continue to accelerate, according to the IAB. In addition, Snap has been reinforcing their UK presence for over a year now, poaching high-profile executives from Buzzfeed, Twitter and Facebook along the way, according to Business Insider.

Snapchat is luring in more UK advertisers added by Newsroom on October 18, 2016
View all posts by Newsroom →