By Newsroom on June 1, 2016Comments Off on Snapchat inks multiyear deal with Wimbledon as it reveals 10 million Brits are using the app each day 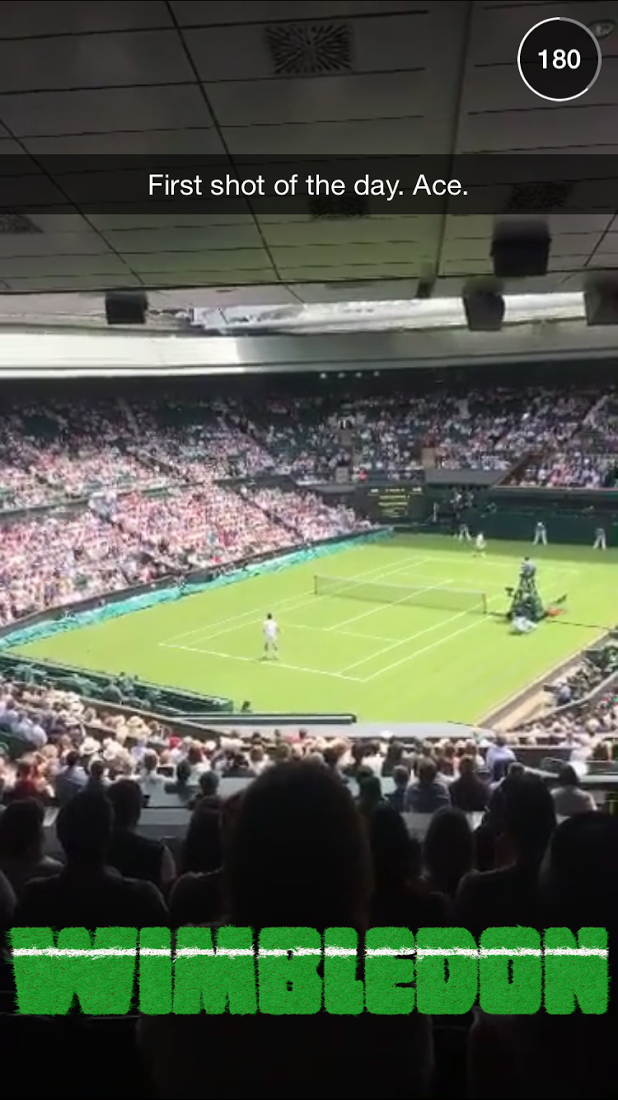 Snapchat has signed a multiyear deal to share live moments from Wimbledon, including user footage from the men and women’s finals.

The partnership comes as the social giant has revealed its British user number for the first time, claiming that it now has 10 million active daily users in the UK, which makes Britain its second largest market behind the US

The three-year Wimbledon deal with the All England Tennis and Croquet club will see Live Stories at the tournament shared on Snapchat. As part of the deal, Snapchat will also sell ad spots to sponsors, which include Stella Artois and Häagen-Dazs.

The social platform has previously made use of its Live Stories format for events such as The Oscars. The move to showcase live moments from Wimbledon hints at the app’s desire to catch up with rivals like Twitter, which recently won the rights to NFL Thursdays, in the live sports arena.

The partnership also formalises the working relationship between Snapchat and Wimbledon, with the grand slam having made forays into the platform in 2015 – experimenting with its Geofilter formats and sharing content from the centre count.

During the tournament last year, Wimbledon’s digital boss Alexandra Willis told The Drum that the All England Lawn Tennis Club wanted to “show Wimbledon to a different audience.”

“It’s about engaging with a younger generation. We wouldn’t want to get to a point where our audience is getting older and we haven’t found an entry point to them,” she added.

Snapchat raised $1.8bn in its most recent funding round according to documents released last week, placing its value at an estimated $20bn dollars; a figure which means its likely to join the likes of Uber and Airbnb as one of the world’s most valuable tech ‘unicorns’.

The social messaging app has leapfrogged Facebook in terms of daily video views, doubling the number of plays on its service to 10bn in under a year.

In the UK it has courted interest from advertisers including the BBC, Cadbury and Pepsi and recently announced a partnership with Nielsen to provide British marketers with greater measurement and analytics tools.

Snapchat inks multiyear deal with Wimbledon as it reveals 10 million Brits are using the app each day added by Newsroom on June 1, 2016
View all posts by Newsroom →