Samsung phones will have functioning FM chips from now on

By Newsroom on January 12, 2018Comments Off on Samsung phones will have functioning FM chips from now on 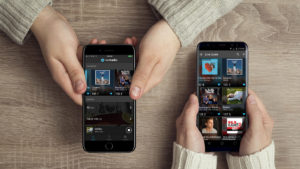 Samsung is the latest company to team up with NextRadio to bring FM service to its new phones. The company will unlock FM chips in all its upcoming smartphones in the US and Canada. The bulk of smartphones around the world are manufactured with an FM chip, but hardware makers often do not unlock them.

Radio might seem outdated, but it has its uses. First of all, it’s free. Additionally, the NextRadio app, which connects to local FM stations, uses significantly fewer resources than traditional streaming services — to the tune of 20 percent less data and three times less battery. And finally, in an emergency, FM radio is much more reliable to send and receive information than other services.

Samsung isn’t the first company to unlock FM chips on its smartphones. LG partnered with NextRadio back in August, and Sprint did it back in 2013. FCC Chairman Ajit Pai asked Apple to activate onboard FM chips in iPhones, given the devastation from last year’s hurricane season, but Apple has since clarified its most recent iPhones don’t even have FM capability.

Samsung phones will have functioning FM chips from now on added by Newsroom on January 12, 2018
View all posts by Newsroom →