By Newsroom on January 10, 2018Comments Off on Samsung and Shea Glover uncover Gen Z reactions to being called beautiful

Samsung Galaxy has joined forces with Shea Glover for a schmaltzy but touching recreation of the influencer’s 2015 film ‘People react to being called beautiful’, capturing the moment strangers from the Generation Z strata react to the compliment. 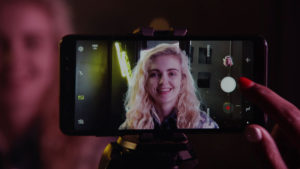 The collaboration with Glover, a young director and ‘social anthropologist’, aims to tap into young people’s craving for authenticity while demonstrating the quality of the Samsung Galaxy A8 camera.

Glover is seen asking people on the street to stand in front of the camera under the proviso that she is taking their photo. Instead she presses record and, while the metaphorical reel winds, explains that she’s capturing “things I find beautiful”.

Their reactions to the statement were edited into a two-minute-long film by Samsung’s agency Cheil Worldwide Network. Creatives at Cheil WW Seoul, Iris London and BMB London collaborated to produce a film in contrast to the filtered, selfie-heavy marketing of other handset brands. 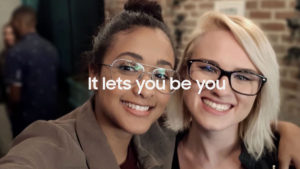 The end line reads: ‘Capture your true self with Galaxy A8. It lets you be you.’

Malcolm Poynton, global chief creative officer at Cheil Worldwide, said: “Shea is the perfect person to take the Samsung Galaxy A message to Generation Z. Her creativity, authenticity and ability to connect with people shines through and throws a spotlight on the power of being yourself.”

Samsung Galaxy is no stranger to tapping consumers’ emotions in its advertising; its ‘I Love You’ spot from September 2017 charts the romantic journey of a couple through the Note 8 model.

Samsung and Shea Glover uncover Gen Z reactions to being called beautiful added by Newsroom on January 10, 2018
View all posts by Newsroom →