By Newsroom on May 14, 2018Comments Off on OpenX Launches First of Its Kind Opt-In Mobile App Video Exchange 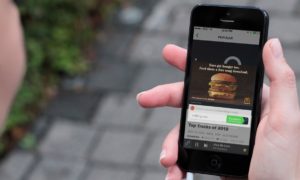 OpenX, a leading independent advertising technology provider, announced that after successful testing in Q1 with more than 100 premium mobile applications, it would be taking its first of its kind opt-in mobile video exchange to full beta, providing brands with access to the highest quality consumer opt-in video inventory globally.

“The OpenX opt-in video exchange delivers a rare win-win-win for the market providing advertisers with 100% viewable advertising experiences, app developers with significant and growing revenue streams, and consumers with an advertising solution that delivers value for their time and attention,” said Maggie Mesa,VP of Mobile Business Development at OpenX.

The announcement follows the highly successful alpha testing period where more than 100 premium mobile apps from more than half a dozen key segments experienced CPM rates that were 2.5X higher than average for mobile interstitial video. Completion rates were also 30 percentage points higher, showcasing the ability of opt-in video to engage consumers.

While opt-in, or rewarded, video started in the world of mobile gaming, both with supply and demand, the OpenX Exchange has already shattered barriers to entry into the emerging new category with initial launch partners coming from nearly every market vertical including photography, social networking, music, dating and home design. Performance for both publishers and advertisers in the alpha was consistent across all categories, showing the potential for every participant in the mobile advertising ecosystem to leverage the opt-in video ad format

“To date, there have not been good options for opt-in video to be bought programmatically, due to issues around quality, lack of scale, or missing technological infrastructure,” said Mesa. “We’re changing that at OpenX, and with our laser focus on quality, we’ve built the only programmatic video exchange that truly works for all players in the mobile ecosystem.”

“Studies have shown that opt-in video is easily the most preferred ad format by consumers in mobile, ranking higher than skippable pre-roll and more than 3 times higher than non-skippable pre-roll. This leads to high completion rates and a halo effect for brands that advertisers love,” said Mesa.

OpenX Launches First of Its Kind Opt-In Mobile App Video Exchange added by Newsroom on May 14, 2018
View all posts by Newsroom →