By Newsroom on May 11, 2018Comments Off on New Steam Link app will let players stream games from their PCs to Android and iOS 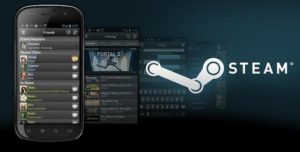 bringing mobile game streaming to Android and iOS with a new Steam Link app which will let gamers stream games off their Mac or PC over the internet to their smartphones. The app is scheduled to launch at the end of the month during the week of May 21st, with Android support initially offered in beta.

There are a few caveats — you’ll need to connect your phone to your PC through a 5GHz Wi-Fi network or wired Ethernet connection, so you won’t be able to just stream Call of Duty to your phone when you’re out and about over LTE. As for controllers, Steam says that you’ll be able to use the Steam Controller, MFi-compatible iOS controllers, and more, although the company hasn’t clarified a full list of what will and won’t work.

Steam has offered Steam Link as a service for some time, with support for Steam Link set-top boxes and Samsung’s smart TVs, but this announcement marks the first time that it’s making the jump to mobile with a Steam-built product.

Additionally, Steam is planning to launch a Steam Video app for iOS and Android later this summer for streaming the variety of movies and shows on Steam. Users will also be able to download videos offline to watch later, similar to other services like Netflix or YouTube Red.

New Steam Link app will let players stream games from their PCs to Android and iOS added by Newsroom on May 11, 2018
View all posts by Newsroom →