By Newsroom on October 8, 2018Comments Off on Netflix accounts for 15 Percent of all internet bandwidth, says Sandvine’s report 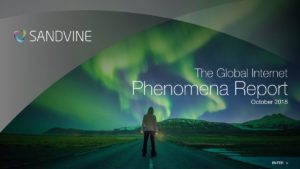 A new internet usage study has revealed that Netflix remains the untouchable behemoth of streaming services.

The Global Internet Phenomena report, conducted by networking equipment company Sandvine, found that Netflix accounts for 15% of all downstream internet traffic worldwide, with video representing 58 percent of the entire pie.

The study also found that after years of decline, file-sharing now accounts for 22 percent of upstream traffic, with 97 percent of that going to BitTorrent.

In 2011, file-sharing accounted for 52 percent of upstream traffic in the US. As Netflix grew and access to high-quality streaming video improved, that number decreased dramatically — to a mere 26 percent in 2015. That trend is reversing once again, especially outside of the US, as more streamers produce exclusive content at ever-increasing cost to the consumer.

“More sources than ever are producing ‘exclusive’ content available on a single streaming or broadcast service,” wrote Sandvine VP Cam Cullen on his blog. “To get access to all of these services, it gets very expensive for a consumer, so they subscribe to one or two and pirate the rest. Many of these exclusive series are US-based, and do not have good distribution internationally, so people download it because they have no access to the content.”

As an example, HBO’s “Game of Thrones” is so popular that, unless it airs at exactly the same time worldwide, people will download it as soon as it first airs. That might explain why in the Middle East, Europe, and Africa, BitTorrent nabs 32% of all upstream network traffic.

Disney recently announced it would pull all content from Netflix following the launch of its own streaming service later this year. CBS launched its CBS All Access in 2014, and many broadcasters have plans to follow suit. As networks aim to compete with Netflix, they are inadvertently driving users to piracy. 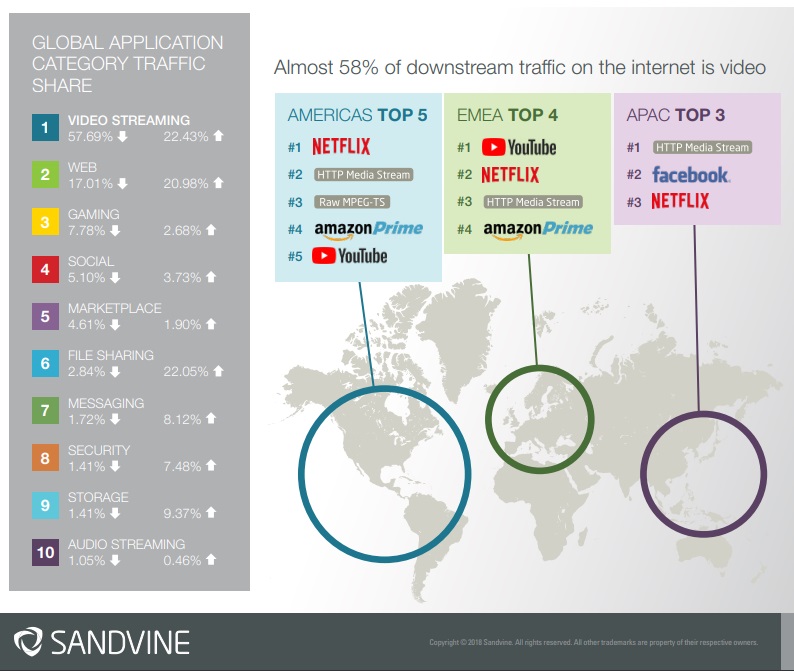 Netflix accounts for 15 Percent of all internet bandwidth, says Sandvine’s report added by Newsroom on October 8, 2018
View all posts by Newsroom →