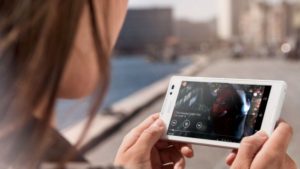 Since mobile phones are the entry point for internet access in many markets, it is also the primary device for viewing video. eMarketer expects more than three-quarters (78.4%) of digital video viewers to use their mobile phones to watch digitally streamed content.

In total, almost a quarter of the global population will watch video over a mobile phone this year—nearly double the penetration registered in 2014. 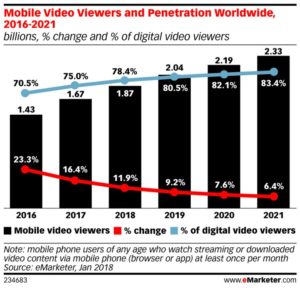 In 2018, 1.58 billion people will watch video on YouTube at least once per month, a 9.2% increase over the prior year. Close to two-thirds of all digital video viewers worldwide will watch YouTube this year, eMarketer estimates.

“However, an understated driver of video viewing is the use of chat apps. We forecast that close to 55% of internet users will be active on chat apps by the end of 2018. Watching and sharing digital videos is a major feature on chat apps like Facebook Messenger, WhatsApp and WeChat, and for many internet users, it’s their first experience with digital video. We expect this will continue to be a significant driver of mobile video consumption.”

More than three-quarters of digital video viewing is on mobile phones, reports eMarketer added by Newsroom on February 8, 2018
View all posts by Newsroom →