By Newsroom on August 8, 2018Comments Off on Modern English launch #DuaMoods for Warner Brothers Records 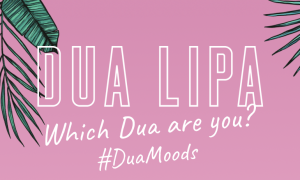 The ground-breaking new web-app uses an online social messenger premise to allow fans to interact with a Dua Lipa chat-bot and upload a selfie that is analysed to give them a personal playlist based on what mood their face depicts.

The concept was developed with in collaboration with WBR in Burbank, Los Angeles, over the last 12 months. It is a significant evolution in a series of hugely popular Spotify playlist apps that have been released by Modern English since their award-winning Foo Fighters Mixtape Generator in May 2017.

London born Dua Lipa is currently one of the world’s biggest pop stars and recently received two Brit Awards and a number one UK single, as well as being the star of the YouTube Music billboard currently towering over Piccadilly Gardens. 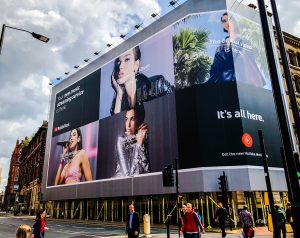 So, it seems appropriate that it is the latest in a run of Modern English projects for musical artists that include Robert Plant, Beck, Queens of the Stone Age, Fall Out Boy, Years and Years, Panic! At The Disco and Elvis Presley.

Co-founder Andrew Hirst said: “#DuaMoods has been designed to feel like you have a chat with Dua Lipa and share pictures through social, and she gives you music to listen to based on how you look. There’s some other really nice features and a few easter-eggs like a lot of other Modern English projects, but also for us it’s the realisation of a wonderful collaboration with the guys at Warner and also next step in a series of projects that we’ve been developing particularly over the last 18 months. We’re unbelievably proud of the work that has been done by our team on #DuaMoods. It uses cutting edge technology in a creative way and is a great showcase for some of our capabilities, and we’re sure that Dua’s fans are going to love it.” 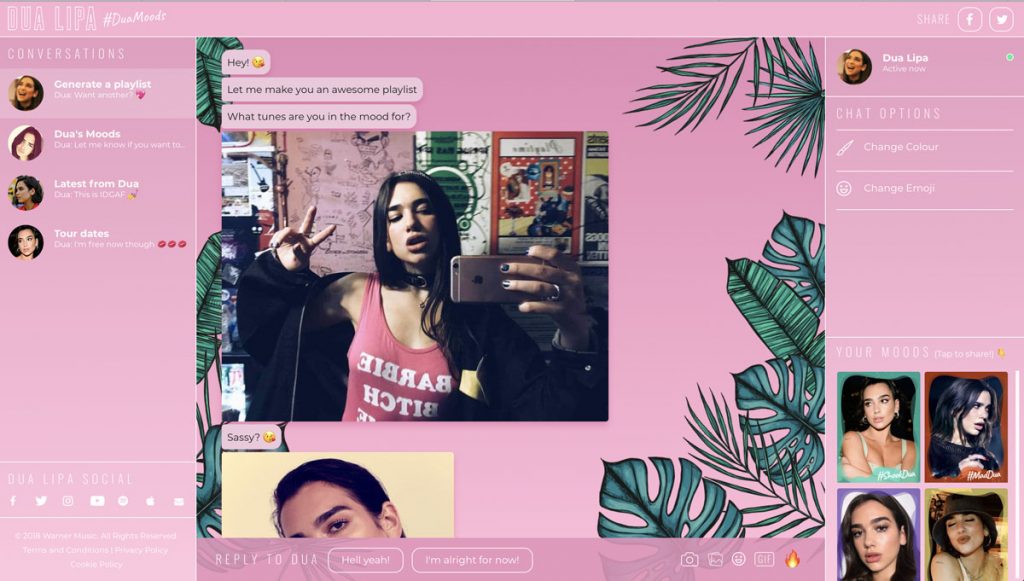