By Newsroom on October 28, 2016Comments Off on Manchester Airport courts Chinese tourists on Weibo and WeChat 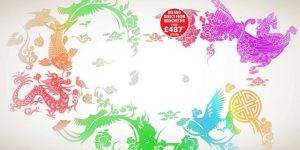 Manchester Airport is turning to social media in a bid to lure high flying Chinese tourists to the north west of England by signing up to the far east equivalents of Twitter and Whatsapp.

The social media push dovetails with the launch of direct flights between Beijing and Manchester by Chinese carrier Hainan Airlines in June, a connection which has already drawn 40,000 passengers to the red brick metropolis.

To ensure its voice is heard amongst the millions of active users, airport bosses have enlisted the services of UK and China digital agency Red Lantern to bolster its presence, masterminding initiatives such as a poetry competition to win £1k worth of flight vouchers.

Lewis Hannam, founder of Red Lantern, said: “The direct flights between Manchester and Beijing are a significant boost to trade between the two countries, and it’s great that Manchester airport is doing all it can to be the UK’s most China-friendly airport. Weibo and WeChat are vital tools in engaging and understanding your Chinese customers. This is just the first step in some innovative moves the airport will make for its Chinese travellers.”

Whilst Manchester Airport is reaching out to Mandarin speakers it is also targeting Chinese communities throughout northern Britain, alerting them to the fact that China is now a little closer than it was before.

Manchester Airport courts Chinese tourists on Weibo and WeChat added by Newsroom on October 28, 2016
View all posts by Newsroom →